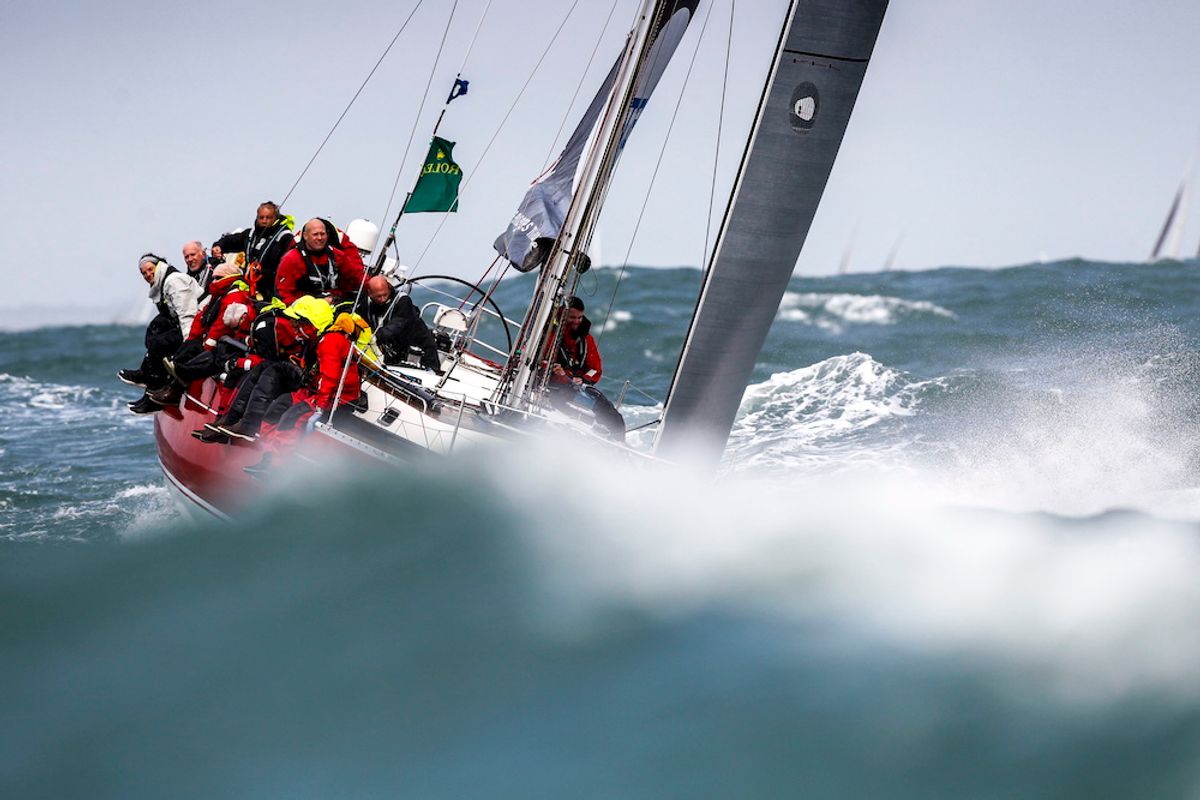 The Royal Ocean Racing Club Season’s Points Championship concludes this weekend with the Castle Rock Race, the grand finale for the RORC season.

The eleventh and final race for 2021 will decide the class winners for the world’s largest offshore racing series. Over 400 teams will have competed in the championship over the twelve-month series. To celebrate the conclusion of racing, the RORC Cowes Clubhouse will host a race prizegiving and BBQ on Saturday 11th September.

In IRC Zero, VME Racing’s CM60 Venomous is in pole position but David Collins’ Botin IRC52 Tala is favourite to retain the IRC Zero title by completing the final race. Eric de Turckheim’s NYMD 54 Teasing Machine is currently  third but a good result by Ross Hobson and Adrian Banks' Pegasus Of Northumberland will see them overtake Teasing Machine for third.

IRC One will have a new champion for the series, as neither of the top contenders have won the class before. Michael O'Donnell’s Darkwood has a five-point lead over Andrew Hall’s Lombard 46 Pata Negra with both boats unlikely to be able to better their current scores. Mark Emerson’s A13 Phosphorus II had a superb Rolex Fastnet Race and is odds on to claim the final podium position, ahead of Ed Fishwick’s GP42 Redshift.

In IRC Two Tom Kneen’s Sunrise is virtually unbeatable. However, Ross Applebey’s Scarlet Oyster is looking strong for runner-up in the class with Ed Bell’s Dawn Treader assured of at least third place for the season.

A record 83 IRC Two-handed teams have been racing in the RORC Season’s Points Championship and the class winner will be decided in the Castle Rock Race. Rob Craigie’s Sun Fast 3600 Bellino, racing with Deb Fish, leads the class for the season by just over seven points from Nigel Goodhew’s Sun Fast 3200 Cora, raced by son Tim Goodhew and Kelvin Matthews. Bellino was the champion in 2019, Cora was second.

In IRC Three, there are four Sun Fast 3600 battling for the podium. Bellino looks set to win the class, having been runner-up in 2019 by less than two points. Bellino is only four points ahead of James Harayda’s Gentoo, racing Two-Handed with Dee Caffari. However, Gentoo has not entered this weekend’s race. Battling for the final podium position are the Army Sailing Association’s Fujitsu British Soldier and Nick Martin’s Diablo.

In IRC Four, the podium for the season looks to be decided prior to the Castle Rock Race. Cora has an unassailable lead and will win IRC Four for the first time. Renaud Courbon & Emmanuel Winsback, racing First Class 10 Shortgood, is in second place. Richard Palmer’s JPK 1010 Jangada, racing with Jeremy Waitt, is less than two points behind in third, but Jangada is en route to the Rolex Middle Sea Race and will not be competing in the Castle Rock Race.

37 Class40 teams have competed in the championship. Greg Leonard’s Kite is entered for the Castle Rock Race for somewhat of a lap of honour having won class for the season. Sam Goodchild’s Multi 50 Leyton will be making a RORC debut, with plans to compete in next year’s RORC Caribbean 600.

Yachts taking part in the Castle Rock Race will start to gather off Cowes Parade from around 1800 on Friday 10th September. The full entry list and AIS tracking link can be found at https://yb.tl/castlerock2021 and also via smartphones with the YB App. Results will be available with live updates at www.rorc.org