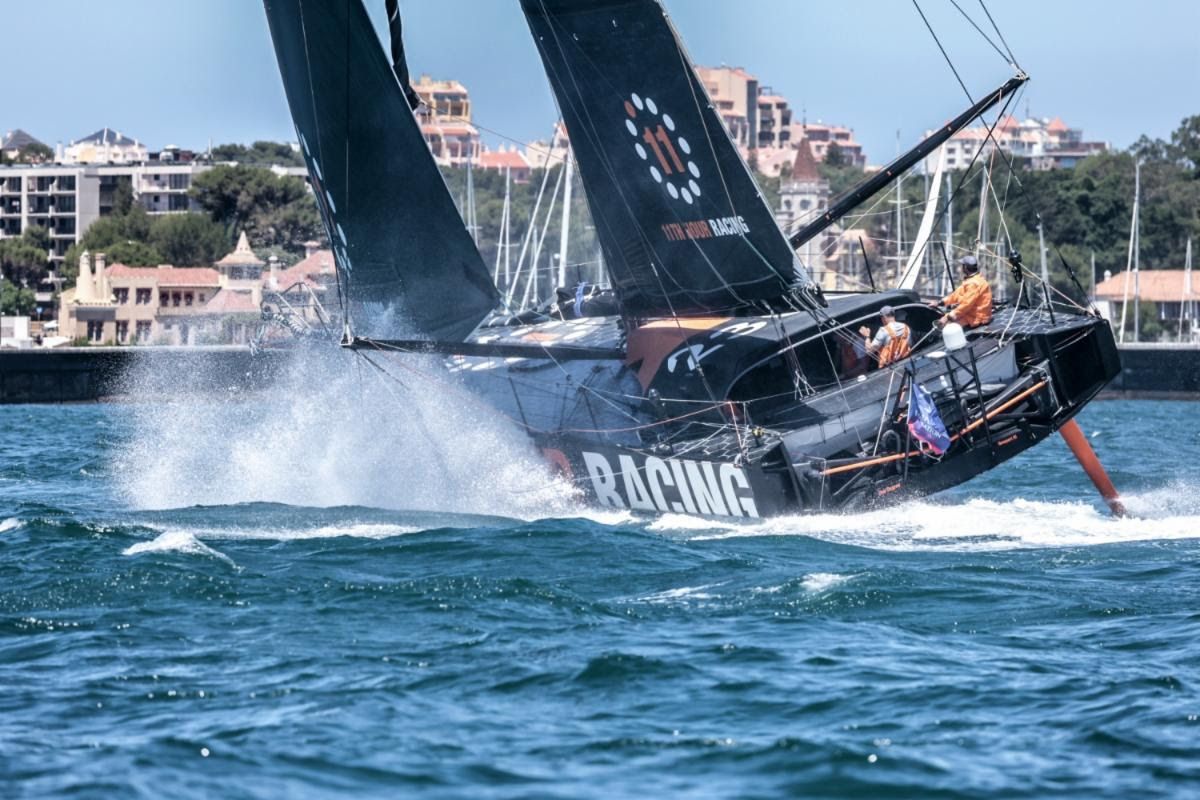 After a few short days recovering from the aftermath of The Ocean Race Europe Leg 1 in the Portuguese city of Cascais, it’s time to move on to the next episode - the start of Leg 2 is today at 2:00 PM CEST. Tune in from 1:45 PM to watch the livestream on Facebook or Youtube.

A mashup of challenging conditions made Leg 1 of The Ocean Race Europe, from Lorient, France to Cascais, Portugal, a memorable one.

On Saturday, the Ocean Race Europe entrants participated in the second annual Mirpuri Foundation Sailing Trophy regatta, the first coastal race with points up for grabs in our European tour. Local heroes, Mirpuri Foundation Racing Team had a well-deserved win in the VO65 class on their home turf. In the IMOCA 60 class, 11th Hour Racing Team was pipped at the post by Offshore Team Germany, after leading the charge out of the gate for the majority of the race. The second place finish tacked on two more points to our overall score, a result Skipper Charlie Enright was more than happy with, describing the race as some of the most intense and chaotic sailing he's ever done -

11th Hour Racing Team were put through the paces in the Mirpuri Foundation Sailing Trophy, scoring a second-place finish and two points on the leaderboard, moving us up to first place overall in The Ocean Race Europe standings.

As title sponsor of Mirpuri Foundation Racing Team, led by skipper Yoann Richomme and competing in the VO65 class, the Portuguese foundation joined forces with The Ocean Race Europe to host the short coastal dash. Not to be taken lightly for the participating Ocean Race Europe teams, points were up for grabs for the main main event and the day on the water allowed for final testing and adjustments ahead of Leg 2.

The racecourse of approximately 40 nautical miles offered some great conditions for foiling and took the fleets out to Cabo Raso, back to the entrance of the Tagus River, before turning back again to the harbor to finish off at Clube Naval de Cascais. With a 20-knot northwesterly wind and bright blue skies, the race was physically demanding and gave the Team the chance to fine-tune maneuvers – even if the course was far from normal for the IMOCA 60 fleet.

Skipper Charlie Enright commented, “Today was an intense coastal race. It was downwind in BIG conditions with wind speed of 30 knots at times and boat speed of 30 knots at times, then light at the bottom. It was tough racing Offshore Team Germany, who had daggerboards, as we were coming upwind on the track. By and large it was a good result, and we finished the day stronger than we started. It’s time to get some sleep, because we’ve got another marathon tomorrow.”

In the end it was home team, Mirpuri Foundation Racing Team, who snatched the top spot in the VO65 class and Offshore Team Germany who won in the IMOCA fleet, both earning three points on the overall leaderboard.

Although disappointed to finish second after leading for most of the course, our results on the water today bumped us up to first in the overall standings for The Ocean Race Europe with six points. Offshore Team Germany and Corum L’Épargne are both tied for second with five points.

Aiming to build on this momentum and consolidate his lead in the Race, Charlie Enright and the rest of the crew will go for a good night’s sleep before setting off tomorrow on the challenging course from Cascais to Alicante, Spain. Read here about what the team will face in Leg 2.

﻿Starting today, Sunday, June 6 at 2:00 PM CEST, Leg 2 of The Ocean Race Europe runs from the Portuguese Atlantic coast to the Mediterranean harbor of Alicante, Spain. Rich in contrast, this route will bring tricky conditions, fickle weather, and challenging maneuvers.