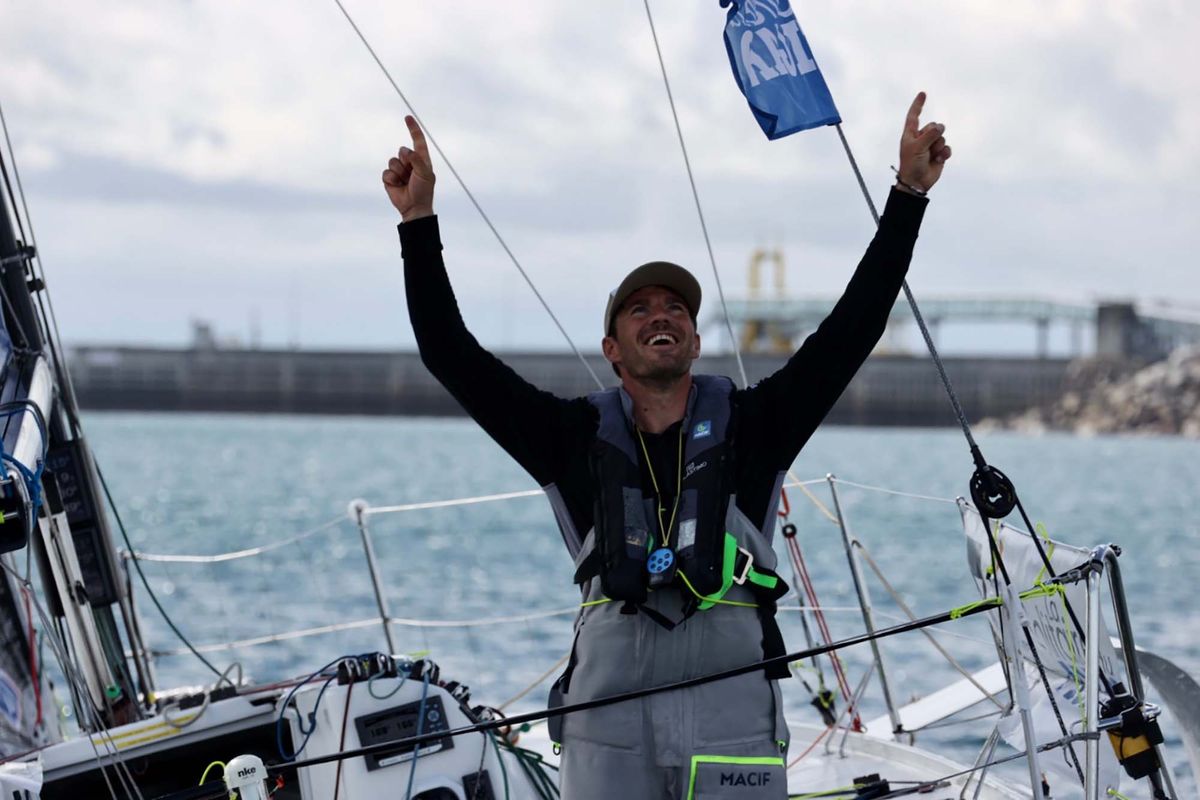 Pierre Quiroga - Skipper of Macif 2019 - was first to break the Morlaix Bay finish line of the 624 nautical miles Stage 3 of the 52nd La Solitaire du Figaro at 11:59:54 hrs (local time) today, narrowly pipping Alexis Loison (Région Normandie) who crossed second. Quiroga, the 28 year old solo racer who originates from the Mediterranean port of Hyères and is competing on his sixth La Solitaire du Figaro, added his Stage 3 success to a convincing win on Stage 2 from Lorient to Fécamp.

After starting from Fécamp last Sunday, Quiroga led at the first turning mark South Pullar but lost places in the light breeze and very strong tide. He recovered the lead on a slow westwards exit out of the Channel but was passed again as the fleet restarted after the Casquets exclusion zone. After rounding the most northerly mark of the course – Saint Gowan off the tip of Wales, Quiroga benefited from his decision to stay west on the spinnaker reach to Bishop Rock and has worked hard to retain the lead he took around 0400hrs yesterday morning.

Quiroga started the stage with a lead of 1hrs 37 mins on the General Classification and – subject to jury – should extend his margin.

Alexis Loison (Region Normandie) crossed the line second at 12:07:58hrs (local time). The skipper from Cherbourg is the most experienced racer on the course. On his 16th challenge his racing his last La Solitaire du Figaro in the colours of the region and already won the double handed class in the Rolex Fastnet last month.

Alan Roberts (Seacat Services) mustered an excellent finish, fighting hard in the final miles to finish across the line in third at 12:14:00 hrs, holding off Stage 1 winner Xavier Macaire (Groupe SNEF) for fourth.

CHARLOTTE YVEN FORCED TO RETIRE AT ONE MILE FROM THE FINISH

Young French rookie Charlotte Yven was in 5th position in the Stage 3 fleet and looked set to take the Bizuth award as the top rookie when the skipper of Team Vendée Formation ran aground on rocks about a mile from the finish line in the Bay of Morlaix.

The organization’s on the water logistics team, at her request and on a fast falling tide, helped her off. After a quick inspection of her Figaro Beneteau 3, Yven did not detect any leaks. However, damage however is reported in the port rudder and foil. The young Vendee skipper has just arrived into Roscoff where a full assesment of Team Vendée Formation will be carried out as soon as possible.