Marina Militare Nastro Rosa heads to the finish in Naples 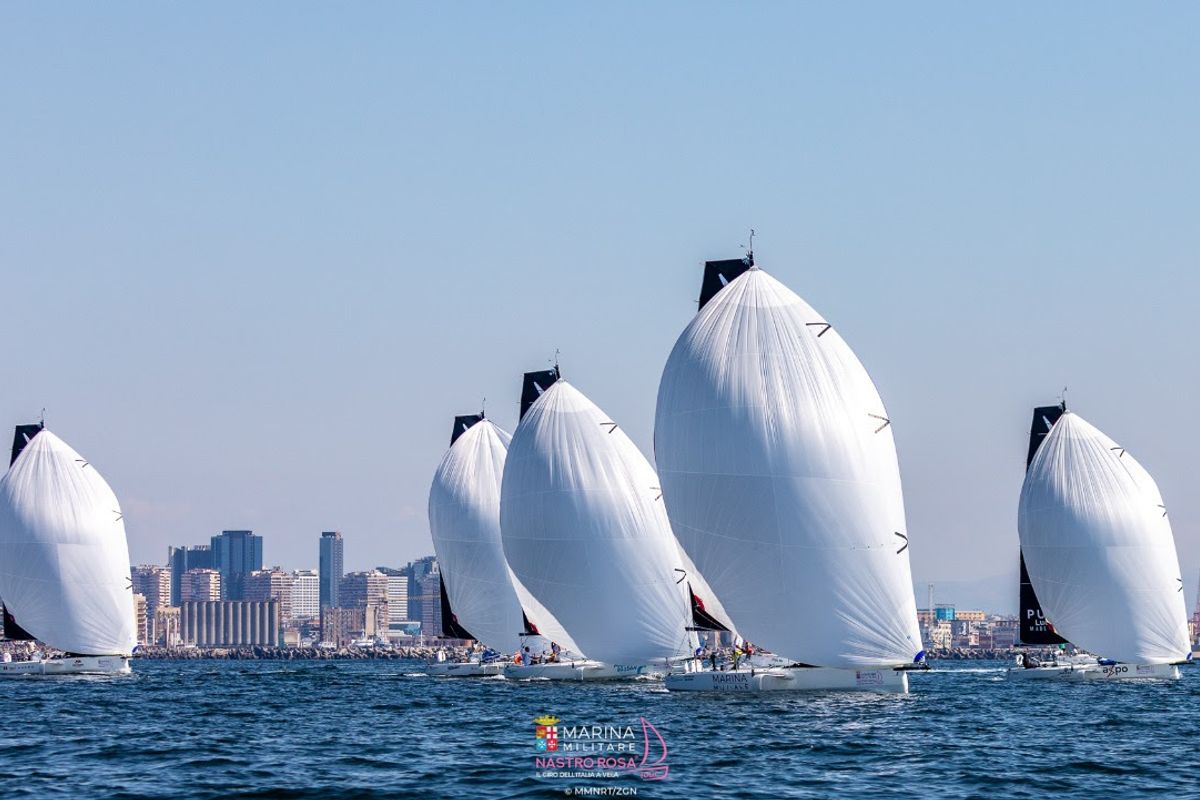 The European Double Mixed Offshore Championship-Alilauro Trophy, the major event of the Marina Militare Nastro Rosa Tour, organized by Difesa Servizi SpA, Marina Militare and SSI Events under the aegis of EUROSAF, went live this morning with the start of the final stage .

At the start by the Reale Yacht Club Canottieri Savoia, partner of the event, the Beneteau Figaro 3 of the Marina Militare (Pendibene-Valsecchi) sprinted on the pin on time, tacked on the first favorable wind shift and lapped the upwind mark followed by Team Spain (Altadill-Nijjar) and the Swedish Team Mange Olsson Memorial Foundation (Stromberg-Floser).

After a few hours of racing, on the first passage of Capri, the crew of the Marina Militare defended the lead, pursued by the Swedes and by Team ENIT (Bona-Zorzi), winners of the first two stages.

The ten Beneteau Figaro 3 will now sail towards Palmarola, Punta Stendardo (Gaeta, Base Nautica Flavio Gioia), Ischia, Capri, Ventotene, Procida and Capri before sailing towards the finish line in Naples.

In the Neapolitan capital, the award ceremony will take place tomorrow afternoon at the base of the Marina Militare Headquarters based in Via Ammiraglio Acton,  which will see the winning crew receive the Alilauro Trophy.

Meanwhile the Diam 24 and kite foil regattas continued in Naples. Among the trimarans, the leader of the general classification is now Team Oman, winner of the Genoa and Gaeta events and with a strong start in Campania, Team France are three points behind, Among the riders, the very young Irene Tari won the Neapolitan stage, followed by Gaia Falco and Alessandro Giannini. Dante Romeo Marrero.