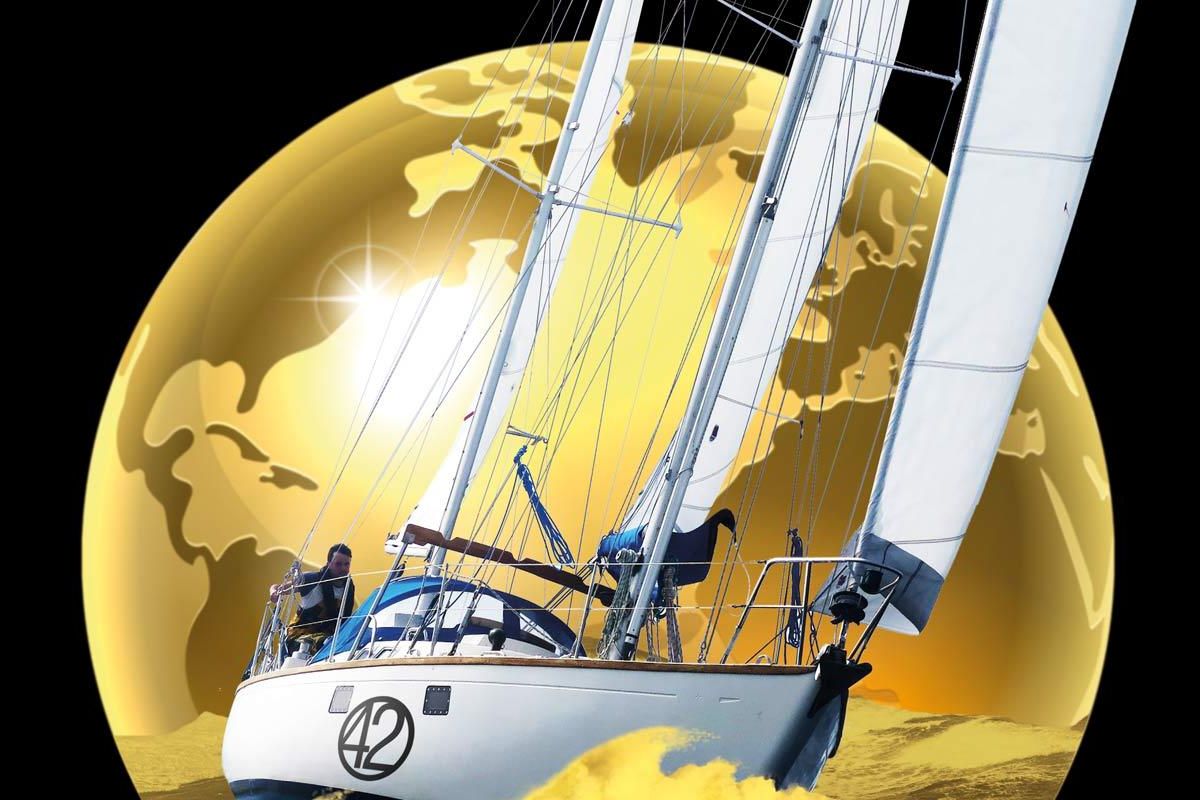 In one year, on September 4, 2022, the third edition of the Golden Globe Race will start from Les Sables-d’Olonne. This is the only round-the-world tour without technical assistance and without GPS, with the same tools as during the first edition, in 1968. During a press conference, this Thursday morning, 26 skippers of 11 nationalities different have already announced their participation.

It is a dream setting, an open-air stadium facing the sea which has been the point of departure and arrival for so many adventures of men and women of the sea. With its channel legendary that the greatest sailors have already taken, Les Sables-d’Olonne has the most beautiful setting, commensurate with the incredible challenge of setting sail and sailing on all the seas of the globe. World capital of offshore racing, the Vendée city is the scene of the discipline’s greatest emotions. There is the Vendée Globe, the last edition of which, last winter, was rich in highlights. There will be the Mini-Transat, the start of which on September 26 is loaded with promise for many future skippers. And then there’s the Golden Globe Race, the next edition of which will start on September 4, 2022.

A legendary race, a melting pot of vocations time

The announcement was made this Thursday morning during a press conference at the School of Fisheries. Alongside Yannick Moreau, Mayor of Sables-d’Olonne and President of the Agglomeration, and Don McIntyre, organizer of the Golden Globe Race, Alain Leboeuf, President of the Vendée department, and Isabelle Leroy, vice-president of the Pays-de-la-Loire Region, made the trip for the occasion.

In 2018, the return of the Golden Globe Race, which started from Les Sables-d’Olonne, marked the fiftieth anniversary of this legendary race. It was in 1968 and 1969 that the Golden Globe Challenge took place, the first single-handed, round-the-world and non-stop race in history. The victory of Robin Knox-Johnston and the incredible adventure of Bernard Moitessier will have inspired generations of sailors, convinced that the sea could be an incredible playground, dream and self-sacrifice.

With the city and the organizers, take a long-term view

Fifty years later, the 18 skippers to set off for this anniversary race reconnected with what made it their DNA: a competition without any technical assistance, without GPS and with the same means of navigation as at the time. The victory of Jean-Luc Van Den Heede (then 73) at the end of 212 days at sea had aroused a startling enthusiasm on the pontoons of Sables-d’Olonne and among all enthusiasts of ocean racing. On the strength of the memories it created and its values, both family and fraternal, this edition encouraged the organizers to register for the long term.

The organizers of the Golden Globe Race, the City of Sables-d’Olonne and the Agglomeration Community (which are in charge of all the activities on land and in the village) have therefore jointly supported each other in order to offer this new edition, including the departure will take place on September 4, 2022. The date has been slightly postponed in order to help the conditions be more lenient for the sailors, in particular during their crossings of the southern seas.

More interactions with the general public

If the race retains its DNA, several new features will allow all those curious to experience the adventure more closely. Thus, five waypoints have been established so that the skippers can transmit photos and videos of their adventure. In addition, weekly interviews will be held with the media as well as a live Facebook each month, during which the public will be able to interact directly with the sailors.

Finally, a virtual regatta will allow all those curious to experience the race in their own way, throughout their round the world trip. In total, 26 skippers of 11 different nationalities have already announced their participation with the sweet dream of being the first to cross the line at Les Sables-d’Olonne, after more than 200 days at sea. The public will be able to rub shoulders with them from the 20th August 2022 with the opening of the village before the big departure, two weeks later.

Yannick MOREAU, Mayor of Sables-d’Olonne and President of the Agglomeration:

“Four years ago, with Don McIntyre, we decided to revive the Golden Globe Race, a unique race that carries the values and DNA of Les Sables d’Olonne.

Starting point for the most beautiful maritime adventures, our city asserts itself as the World Capital of solo ocean racing.

After the Vendée Globe and the Mini Transat, the GGR skippers will set off for a round-the-world trip in which human values and surpassing oneself are essential to face the elements and go to the end of the adventure.

One year from the start, Les Sables d’Olonne is preparing with passion this major event in ocean racing. On September 4, many of us will be on the quays of our legendary channel to encourage these heroes from all over the world. ”

Click here for more on The Golden Globe Race