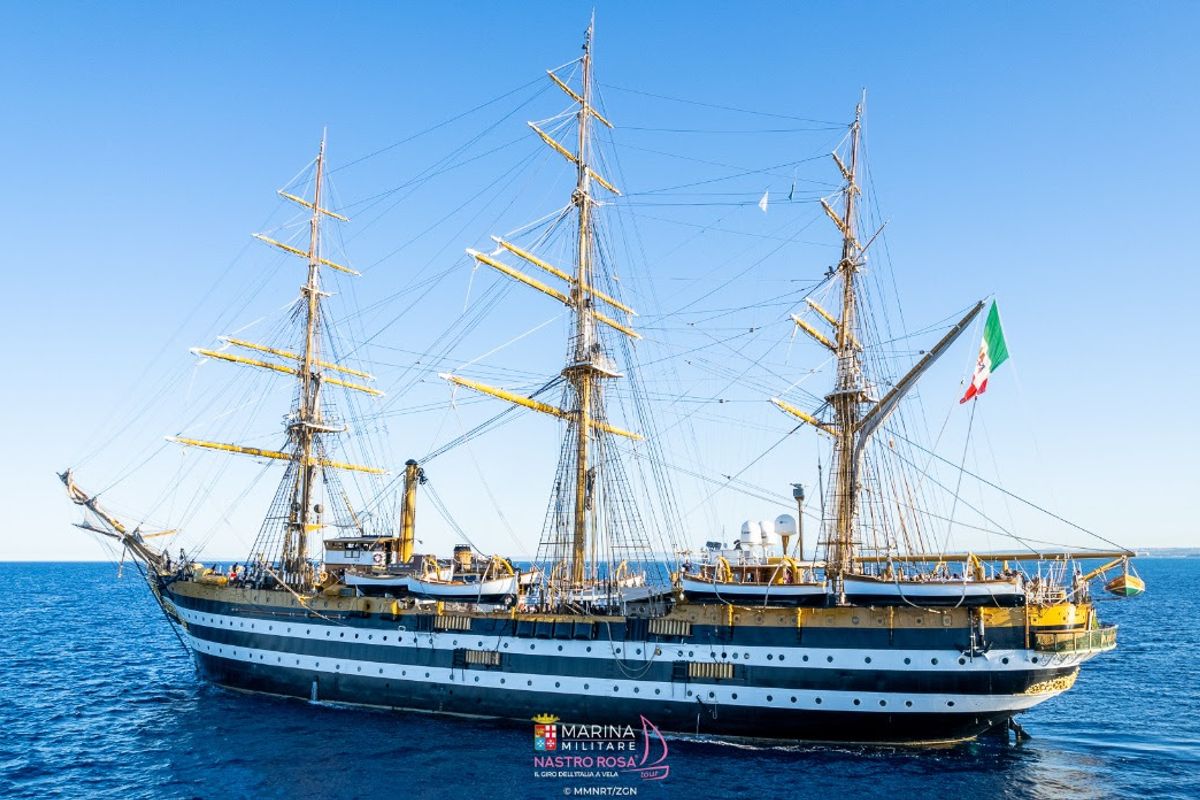 Image: Nave Scuola Amerigo Vespucci at the port of Civitavecchia. Under the command of Captain Gianfranco Bacchi, and escorted by the admiring glances of those who were at that moment along the docks of the Lazio port, the Vespucci found mooring next to the square occupied by the Regatta Village of the Marina Militare Nastro Rosa Tour.

At the end of a long night of arrivals, the ranking of the first leg of the Double Mixed Offshore European Championship, the main event of the Marina Militare Nastro Rosa Tour organized by Difesa Servizi S.p.A., Marina Militare and SSI Events, is now complete.

The Beneteau Figaro 3 Team ENIT was the first to cross the finish line of the Genoa-Civitavecchia - with passages near the Formica Grande Grosseto, Capel Rosso and Fenaio Isola del Giglio lighthouses - carried by the crew composed of Alberto Bona and Cecilia Zorzi. The Italian duo defended the leadership for almost the entire course of the leg, even if at the end they were approached by Team Belgium and its crew, consisting of Sophie Faguet and Jonas Gerckens, who finished more than 40 minutes from the winners who had stopped the race stopwatch after 34h 18m 33s.

The third place of this leg, which enjoyed the favor of the weather conditions with a completely unexpected speed average, went to Team USA 2 led by Erica Lush and Laurent Givry. The top five was completed by Team Spain (Altadill-Bezzi) and Team Mange Olsson Memorial Foundation (Stromberg-Floser).

Continued throughout the course of the night, the arrivals of the ten Beneteau Figaro 3 concluded this morning and partly coincided with the entry of the Nave Scuola Amerigo Vespucci at the port of Civitavecchia.