Sailboats with foils: the evolution seen by Sirena, Soldini and Pedote 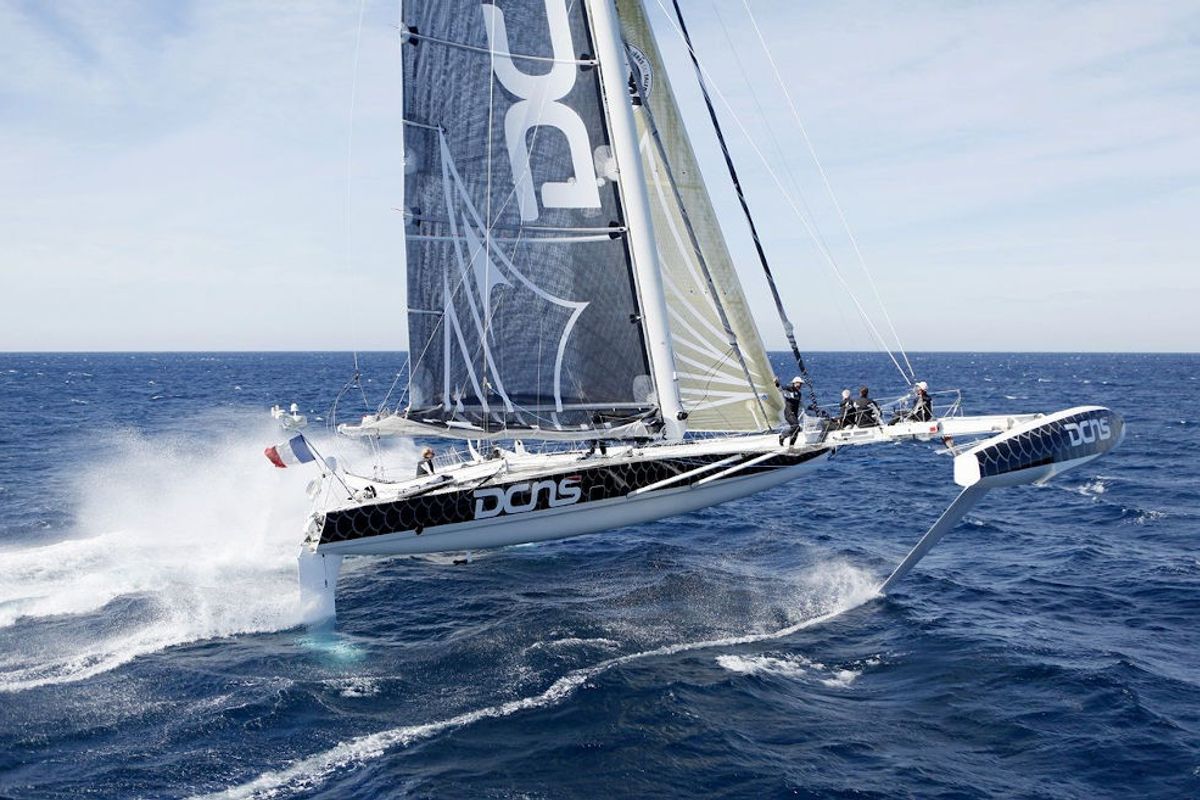 The evolution seen by Max Sirena, Giovanni Soldini and Giancarlo Pedote - with interviews

In this article we tried to consult authoritative voices of sailing in explaining the evolution of sailboats with foils. Max Sirena of Luna Rossa, Giovanni Soldini of Maserati and Giancarlo Pedote of Prysmian Ocean Racing – IMOCA class.

However, we also wanted to explain before moving on to the actual interviews why there are currently three “currents of thought” in the world of foils for sailboats. First, the purely flying monohulls like those of the America’s Cup, then flying multihulls, flying but capable of facing the oceans like Maserati, and then the partially flying monohulls like the IMOCA and the Mini 650.

As you can imagine, the three types are linked to the different rules, which in turn reflect different objectives and ways of facing the sea and navigation.

For the sake of completeness we should point out that there is a thriving world of other types of foilers. For example, inshore flying catamarans, legacy and evolution of the previous America’s Cup. Many dinghies are also emerging in addition to the first flying dinghy, the Moth. Foils have also entered the world of windsurfing and kytes.

Sailboats with foils – Luna Rossa Prada Pirelli The increasingly widespread use of foils for all types of boats prefigures one of the most drastically and rapidly innovative historical moments, comparable to the introduction in the 1800s of the modern forms of jib and mainsail: today, as then, the paradigms of navigation seem to be definitively changing.

An introducion on foiling sailboats
If we talk about sailboats with foils we must first of all specify what is meant, since every sailboat is naturally equipped with many “foils”. In fact, in its semantic definition the “foil” is a “profile” capable of generating a force when it crosses a fluid. For example, sails have a “profile” very similar to that of an airplane wing and are therefore foils. Being flexible they change concavity on each tack. But it is precisely their air-foils that allows a boat to go upwind.

Even the fin of a keel or a rudder, if we observe the section, has its own profile, this time symmetrical, unlike a sail which has an asymmetrical profile. The study of the forces generated by sails, keels, hulls and rudders is a very complex subject, and the optimisation of shapes in naval engineering is constantly evolving, as can be observed looking at the boats produced today compared to those of only ten years ago.

For example, the keel in contrasting leeway also manages to create a force, called “lift”, which “pulls” the boat to windward. This is because of the leeway the profile of the foil has an angle of incidence with respect to the water that is not equal to zero (even if we do not notice it and we think we are going perfectly straight). The water then hits the keel at a slight angle and this means that despite being symmetrical, the keel foil generates an upwind lift and allows us to go upwind better.

Based on the same principle, the rudder blade also generates an upwind lift when sailing upwind. The sails work as foils as long as they are hit by a “laminar” air flow that follows the sail. On the other hand, when the sail simply opposes the wind from behind we travel in a turbulent flow and we are not talking about foils.

Sailboats with foils: so what is meant?
Keel and rudder have a specific role in the ability to sail of a sailboat. Their “foil” function comes into play from a reach to when sailing upwind, avoiding excessive leeway. They avoid it primarily by simple lateral resistance but also generating lift to windward.

We have seen so far that the sails are nothing but the great wings of our floating airplane. They exploit the kinetic energy of the wind with the difference that a boat does not have an engine to generate apparent wind. Sailing upwind, sails transform a large part of the wind pressure into heel. Only a small part is transformed into propulsive force that makes the boat advance thanks to their wing shape trimmed to reduce heel and increase speed.

Old sails, for example, lose their “airplane wing” shape. They resemble C shapes or worse they have a claw near the trailing edge. When this happens, the wind hitting produces a heeling force force and any propulsion force is greatly diminished. Keel and rudder, on the other hand, counteract leeway when sailing upwind upwind according to the principles we talked about before, i.e. lateral resistance and lift.

Heeling: hull shape, ballast and stacking
It becomes clear that a sailboat is subject to different forces, some of which are useful to go faster, others that are not useful to generate any forward movement, instead they only waste energy in generating heel and leeway. The contrast to leeway exerted by the keel and rudder also introduces friction that reduce the “useful” forward forces. The evolution of racing boats, in order to avoid heel, has been driven towards the search stability of form or shape of the hull, i.e. hull shapes that resist to being heeled. The result has been wider and flatter hulls, and if we leave the world of monohulls, obviously catamarans and trimarans.

In an attempt to maximise the righting force, when the keels were still fixed, ballasts were introduced. Ballasts are tanks placed inside the hull and in the most lateral position possible with respect to the centreline, filled by hand or with a pump with sea water. Their role is to act as a counterweight, exactly the same as the crew sitting on the gunwale. The disadvantage of the ballast is that while making the boat more powerful, it weighs it down and therefore increases the resistance to movement.

In the classes where it is admitted, such as Mini 650, Class40 and IMOCA, the movable weights on board are used to generate righting force. That is, any bag containing water, food, clothing and other materials, as well as sails, everything, is moved to windward with the same effect of having someone sit on the gunwale and without the disadvantage of having to carry any additional weight.

A more advanced solution was possible, but it took time before we saw the first canting keels.

The canting keels and the first sailboats with vertical foils (daggerboards)
If we talk about keels, at first lead was inserted into the construction of the keel which constituted the bottom of the hull. Then keels then became separate elements from the hull, built for example in cast iron with the shape of an airplane tail wing. To increase the righting force and allow to increase the amount of sail (and therefore of “useful” force), the keels lengthened and the weight was moved to the bottom.

The fin is an empty box or a full blade shaped with fiberglass, which supports a lead bulb where the weight is concentrated. The advantage of this solution is the lowering of the centre of gravity of the keel and the consequent increase in the force that right the boat.

The modern solution is that of allowing the keel to tilt, so that in cross and upwind it can be canted to windward. By doing so, the righting force of the bulb weight increases considerably. However, this poses a problem: at the foil section is more and more horizontal it loses its function to counteract leeway. For this reason, looking at old IMOCA or Mini 650s we saw the introduction of “daggerboards”. These were addtional “weightless” fins inserted like swords in the hull, either a single central one or more efficiently one on each side, slightly inclined, to take on the role of the blade of the keel that is lost once it is canted to windward in counteracting leeway.