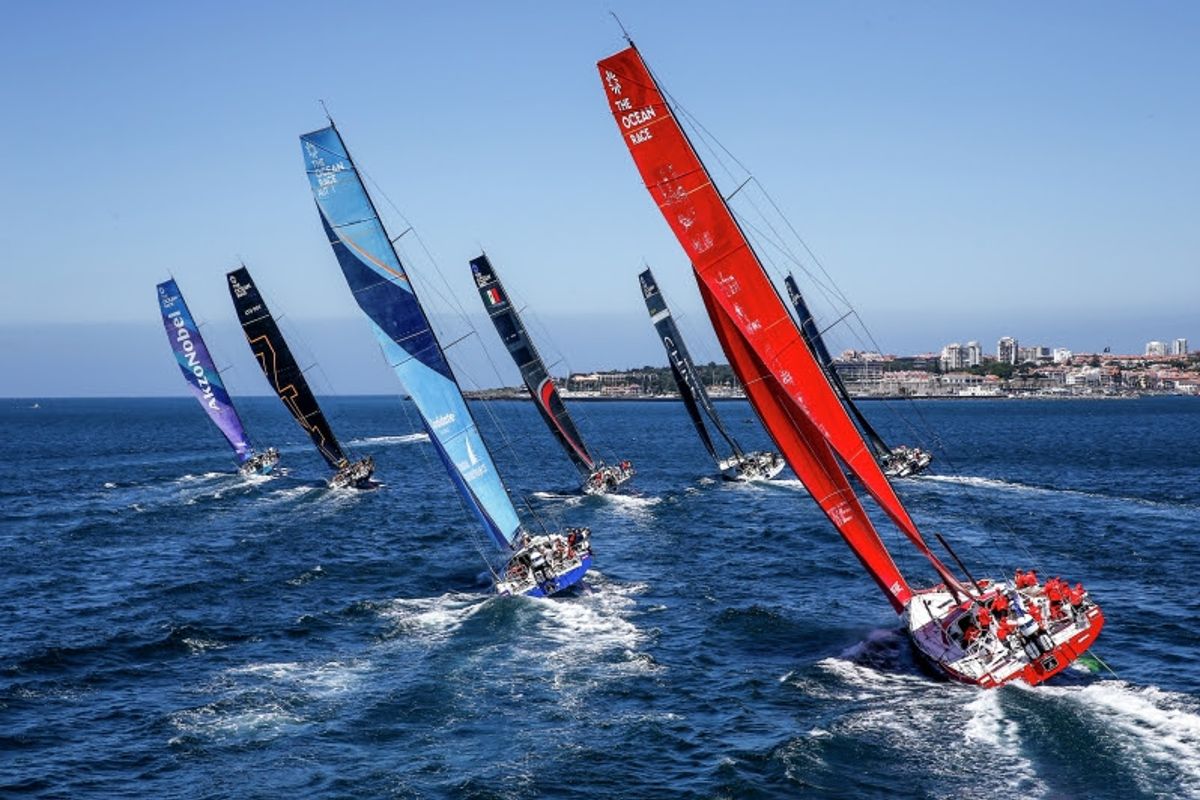 After three weeks of intense offshore and inshore action that has seen The Ocean Race Europe’s 12-boat fleet race over 2,000 nautical miles (nm) / 3,700 kilometres (km) from France to Italy with stops in Portugal and Spain, the event’s inaugural edition will come to a climax today with a final coastal day race in Genova, Italy.

All-important bonus points are on offer for the top three finishers in the IMOCA and VO65 class (three points for first, two for second, and one for third) and with the podium positions on the overall race leaderboard so tight, Saturday’s coastal race looks set to decide the final rankings in both classes.

Before the IMOCA fleet left Lorient at the end of June, few might have expected Robert Stanjek’s older generation non-foiling Offshore Team Germany IMOCA to be in first position when the race reached Italy. But the crew of the German-flagged yacht (which uses straight daggerboards rather than the larger more advanced foil systems of the other four newer IMOCAs) has sailed a canny race.

The German team took their medicine when they knew they had to – like in the fast-reaching conditions on leg one in the Atlantic when they were outgunned by the foilers – but also rammed home their own design advantage at every opportunity possible.

A win in the Cascais coastal race, a second place on leg two into Alicante, and a stunning victory in the unpredictably light-airs third leg through the Mediterranean to Genova, sees them now at the top of the IMOCA standings with 14 points.

“I’ve very happy with what we’ve achieved so far,” Stanjek said. “Now we need to prepare for the coastal race, just as we have for the other legs, and we will see what happens.”

However, the two other highly competitive podium placed teams – Frenchman Thomas Ruyant’s second placed LinkedOut (FRA) on 13 points, and Charlie Enright’s third-placed American-entry, 11th Hour Racing Team on 12 points – will be going all out to snatch overall victory in what is being viewed as the first test of the fully-crewed potential of the new generation foiling IMOCAs.

Ruyant – the Class 40 winner in the 2010 Route du Rhum and sixth-place finisher in the Vendee Globe 2020-21 – is highly a competitive sailor and will be psyching his crew up for today’s final tilt at the overall IMOCA 60 top spot.

Although they struggled on the inshore course in Cascais, the French crew has been on the podium in all the offshore legs – third on leg one, first on leg two, second on leg three – and will be hoping for foiling conditions on the Gulf of Genova this afternoon.

Similarly, the crew of the third-placed United States entry, 11th Hour Racing Team – who sailed in race mode across the Atlantic from their home base in Newport, Rhode Island to compete in The Ocean Race Europe – are on 12 points and will have their eyes fixed firmly on an overall victory in the Italian coastal sprint.

Swiss sailor Justine Mettraux is confident looking to Saturday’s race: “We did really well in the last coastal race in Cascais. We have to continue to work smoothly together as we’ve done so far and maneuver the boat well. This last part of the race is a very different exercise compared to the longer legs, but I think we will be good at this, and will definitely give our best for this final spurt.”

After a second place in leg one and in the Cascais coastal, the team was somewhat hamstrung by not being able to use their port foil after an incident at the start of the second leg from Cascais. However, Enright and his crew adapted well to their boat’s new configuration to finish third both in Alicante and in Genova.

In the VO65 class the Portuguese-entry Mirpuri Foundation Racing Team crew have lived up to their pre-race reputation as favourites.

The team – skippered by French solo ocean racing skipper Yoann Richomme – led for much of leg one from Lorient, France to their homeport Cascais, Portugal, before dropping to seventh in the final miles. Since then, however, Richomme’s crew has picked up maximum points, with wins in the Mirpuri Foundation Sailing Trophy coastal race, and on legs two (Cascais to Alicante, Spain) and three (Alicante to Genova).

This dominant performance has accrued the Portuguese team 18 points, and yet their position atop the VO65 leader board is not assured.

“It looks very light, but hopefully we’ll have some good conditions to race,” Richomme said. “We’re fully prepared for this. It’s down to the little details in races like this as the level across the fleet is so good. It could play any way as it’s going to be a complicated one I’m sure.”

The crew of the Netherlands-entry AkzoNobel Ocean Racing has harried the Mirpuri Foundation sailors throughout this first ever staging of The Ocean Race Europe and currently sit in second place on 17 points after finishing fifth in leg one, second in the Cascais coastal race, and second on legs two and three.

Led by Australian Chris Nicholson – an Olympian and veteran of five around-the-world races – the crew of the Dutch boat are gunning for overall victory and will be looking for any opportunity tomorrow to topple their rivals from the top spot.

Likewise, third-placed Sailing Team Poland (POL), skippered by Dutchman Bouwe Bekking – who finished third in the 2017-18 around-the-world edition of The Ocean Race – is on 15 points and therefore also within striking distance of overall victory.

Meanwhile, fourth placed Team Childhood I (NED) – led by two-time America’s Cup winner Simeon Tienpont (NED) – is on 12 points and well aware that a win in tomorrow’s inshore race could potentially elevate them into an overall podium place.

Watch the Coastal Race Finale on all of the usual The Ocean Race platforms, including YouTube, Facebook and at www.theoceanrace.com

Extremely light winds are forecast in Genova at today’s midday local scheduled start time (1000 UTC) for the VO65s (1215 local/1015 UTC for the IMOCA 60s). If conditions are too calm for racing, there could be a postponement on the water. Under the event rules, the latest possible start time on Saturday is 1400 local.

Should there be no coastal race, due to weather, the results after Leg 3 become the final results of The Ocean Race Europe.

As soon as possible after racing, a prize giving ceremony will take place ashore, with prizes awarded to the top three teams in the IMOCA and VO65 classes.