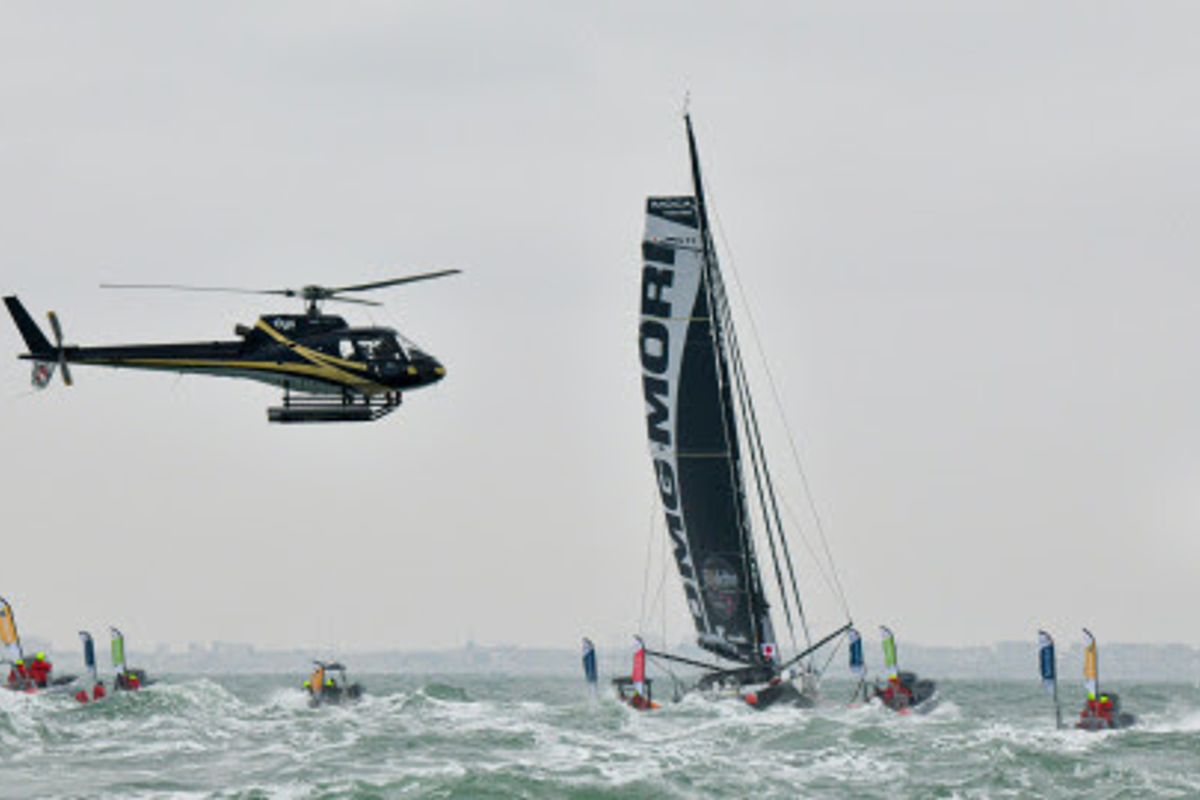 After finishing 16th in the last race Japanese skipper Kojiro Shiraishi is aiming to return for the 2024 Vendée Globe with the objective of finishing eighth or better, and in partnership with main sponsors DMG MORI, has just launched an ambitious programme to significantly increase interest and participation in ocean racing in his native country.

At a press conference hosted by Shiraishi and Dr Masahiko Mori, the President of DMG MORI Co in Tokyo today it was confirmed that the skipper of the DMG MORI Sailing Team will compete in the key IMOCA Races from 2022 onwards, building up to the 2024 race which he will sail on his existing VPLP design which will be upgraded and further optimised.

At the same time a new initiative was launched to provide a pathway for more young Japanese skippers to follow in the wake of Kojiro Shiraishi and to expand the sailing culture in Japan. During this year the DMG MORI Sailing Team will commission and build a new prototype Mini 650 which will be sailed by chosen skipper, 24 year old Federico Sampei. He is a young Japanese sailor who raced as bowman at the Youth America’s Cup in Bermuda in 2017 and in the GC 32 class on Mamma Aiuto! In 2018. He joined the team in 2020 and worked as a rigger and training partner with Koji prior to the start of the last Vendée Globe. DMG MORI Sailing Team will purchase a number of series Mini650s. of which two will be based in France and two in Japan and the boats in Japan will be the focal point for training young ocean racers there, and training engineers, preparateurs and technicians who will learn supporting roles for racing teams, learning to fix and optimise racing yachts.

“This is an exciting and ambitious project. I was so happy to finish the Vendée Globe and when I did I think I could finally call myself a proper professional sailor.” Smiled Shiraishi alongside Dr Mori at today’s announcement, “We are aiming not for the top 10 in the next race but the top eight, that is the target Dr Mori suggests as it is half of 16th which is where I finished this time. That is a big, hard goal to aim for but it is not impossible. I will do everything I can to achieve that. We will need to make the boat faster and I will need to improve my sailing too.”

“When I tore my mainsail and during that week when I was repairing it my initial objective, I thought, was to get to Australia and see. When I spoke to Dr Mori he said ‘just try and finish’ and I managed that so now I am looking to achieve this new target.” Shiraishi added.
“We will work to make the boat more reliable and faster, and I want it to be more comfortable too. That is important and we will upgrade the foils.”

In the interim, from July, Kojiro will take the DMG MORI IMOCA Spirit of Yukoh on a tour of Japanese city marinas and sailing centres where he will meet and sail with young people and introduce them to sailing culture.

“As for selection for skippers we are looking for special people. When I started I was inspired to see Yukoh Tada’s documentary on TV and I was inspired by him and worked hard to go and meet with him face to face and I would like to see the same kind of initiative and motivation.” Concluded Kojiro Shiraishi.