Dalin less than 80 miles to the finish 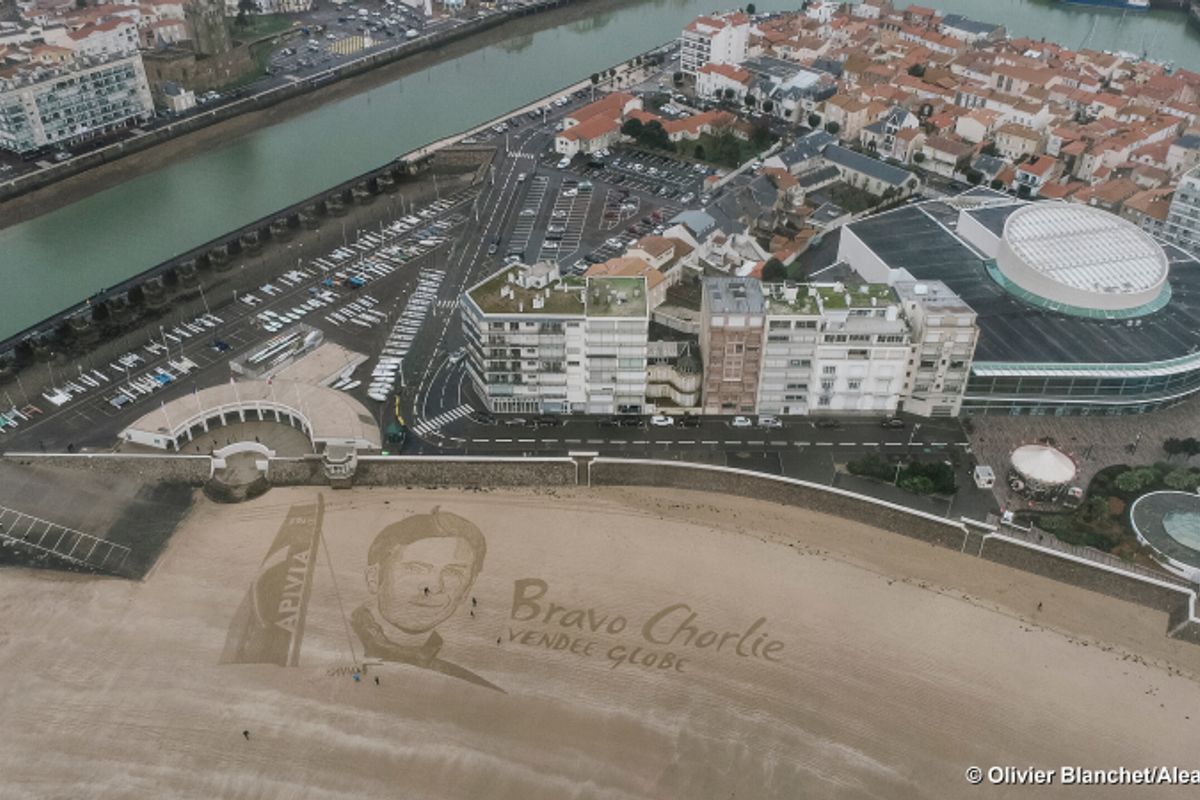 Image: The Apivia communication team is drawing a fresco on the beach with skipper Charlie Dalin face before the arrival of their boat during the Vendee Globe in les Sables d’Olonne, France, on January 27, 2021. (Photo by Olivier Blanchet/Alea)

With less than 80 miles to the finish line of the Vendée Globe solo non-stop round the world race the leader Charlie Dalin (APIVIA) is expected to complete his race around 1800-1900hrs UTC.

French skipper Dalin, 36, who was one of the outstanding favourites to win, has been the 24,400 nautical mile race’s most consistent, regular leaders may not, however, win the race outright.

Because they lost time when they were rerouted late on 30th November – 22 days after the race start - to assist in the search and rescue of fellow competitor Kevin Escoffier, two rival skippers Germany’s Boris Herrmann and Yannick Bestaven were given a time compensation. Herrmann has six hours of compensated time and Bestaven 10 hours and 15 minutes.

And so Dalin will have to watch the clock count down to see if he has won. The final winner of the race will only be decided in the small hours of Thursday morning. Herrmann is expected in second or third between midnight and 0200hrs UTC,  he is 30 miles behind second placed Louis Burton (Bureau Vallée 2) this afternoon, but the winds are not expected to remain steady in strength and direction all the way into Les Sables d’Olonne.

Bestaven needs to finish within four hours and 15 minutes of Herrmann if he is to overhaul the German skipper and this afternoon was 74 miles behind making 18.4kts. And so this ninth edition of the race could go down to the last manoeuvre or sail change.