U.S. Challenger Patriot Set to Compete In The Prada Cup 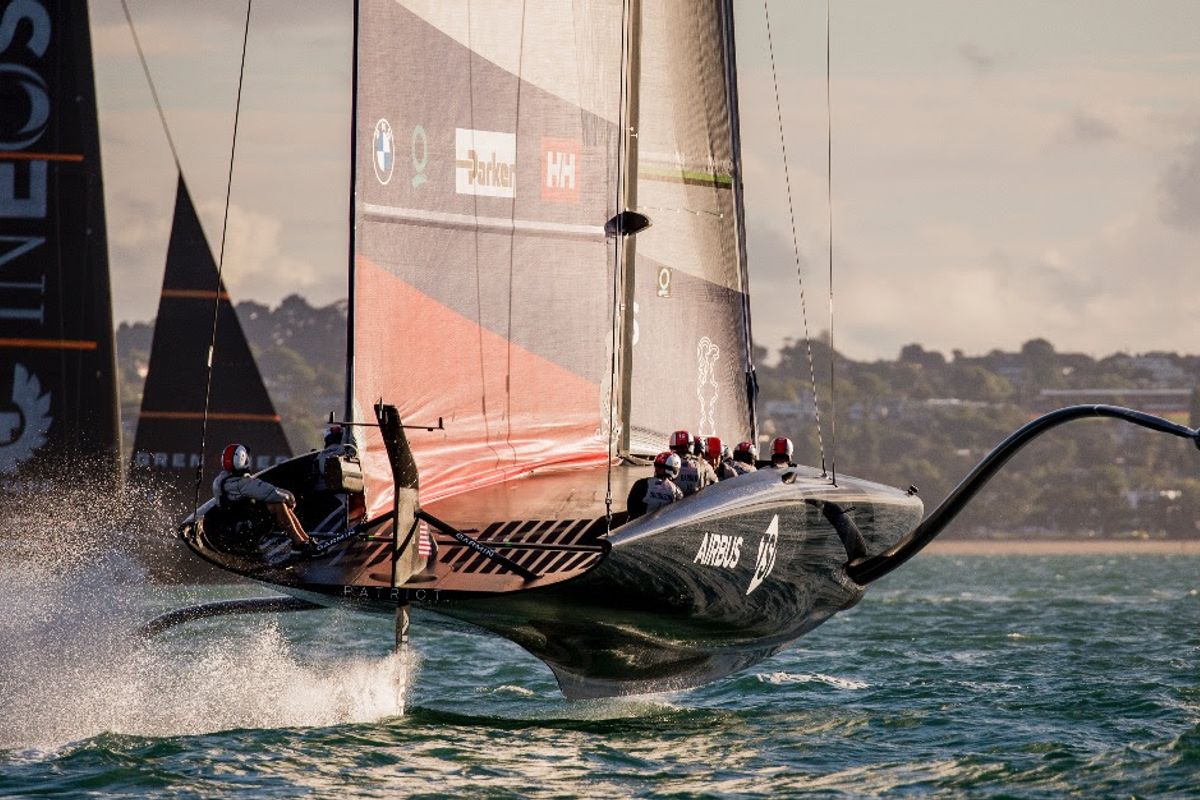 Teams from Italy, Great Britain and the United States will begin racing for the Prada Cup just under 24 hours from now in Auckland, New Zealand.

New York Yacht Club American Magic, the U.S. Challenger for the 36th America's Cup, has completed preparations for the Prada Cup, the Challenger Selection Series. The Prada Cup will run well into February and feature dramatic showdowns between three cutting-edge AC75 class yachts. The winning team will earn the right to compete against Emirates Team New Zealand (ETNZ) in the America's Cup Match Presented by Prada, which begins on March 6.

"As we've seen in the last week, everyone's gotten faster," said Terry Hutchinson, Skipper and Executive Director of American Magic, at the opening press conference.
"The [America's Cup World Series] is in the past," said Hutchinson. "Those were good races, but all three teams sitting here made steps beyond that. And what we saw from the Defender the other day is they've made steps beyond where they were. After the World Series, we got pretty heavily into just straight line boat speed development and then from there working on maneuvering and how to best keep PATRIOT up and out of the water. There are areas inside the boat and outside the boat that [Principal Designer] Marcelino Botin and the designers wanted to improve."

Design and modifications aside, Hutchinson was careful to point out that it's important for any team not to overlook the human aspect of the regatta. "There's so much to gain in just racing the boat well," said the Maryland native, who is on his 5th career Cup campaign. "You're continually putting yourself under pressure. If you change things under the water [on the foils] you lose time on the water. It's about striking that balance."

For American Magic, the first day of Prada Cup racing represents a major milestone in the team's mission to reclaim the oldest trophy in international sports for the United States and for the New York Yacht Club. In Auckland, NYYC has returned to Cup racing after an 18 year absence. The coalition comprised of the team, the club, the team's sponsors and its donors has aimed to leave no stone unturned in working to win against a strong pair of Challengers and the Defender.

For over three years, the pace of preparation has been unyielding. Design work for American Magic began in 2017 at the offices of Botin Partners. New York Yacht Club formally lodged its challenge with the Royal New Zealand Yacht Squadron seconds after entries opened in early 2018. The boat production facility was opened in 2018 and the Mule, the team's 38-foot test boat, was launched later that year. The Mule achieved a remarkable 92 days on the water, and the team's first AC75, DEFIANT, was also worked hard over the course of 66 sailing days.

Getting the team to the Prada Cup starting line was an undertaking on an ocean and continent-spanning scale. Progress was constant at the team's sailing venues in Portsmouth (R.I.), Pensacola and Auckland, at the production facility in Bristol (R.I.), at the design facilities in Santander and at the New York Yacht Club's clubhouses in Newport and New York City.

At a full-team meeting on the day before the opening race of the Prada Cup, the Team Principals of New York Yacht Club American Magic expressed their thanks and admiration to the team.

"American Magic is made up of great people who have bonded together from various professions to form this tremendous team," said Hap Fauth, Team Principal and CEO. "We now have a great opportunity to prove that we are the best Challenger to take on the Kiwis."

"It's unbelievable how you've taken these wild, unique, futuristic concepts and made it work in a way that allows us to go out and compete," added Doug DeVos, Team Principal. "To see each aspect, and each person, working collaboratively at this level has been amazing. There is no way we would be here without everyone giving it their all, and that's exactly what you have been doing."

"It's an honor to be a part of this," said Roger Penske, Team Principal. "We've shown some speed, and now it's time to execute. I'll be waving the checkered flag for you guys when you come across the line."