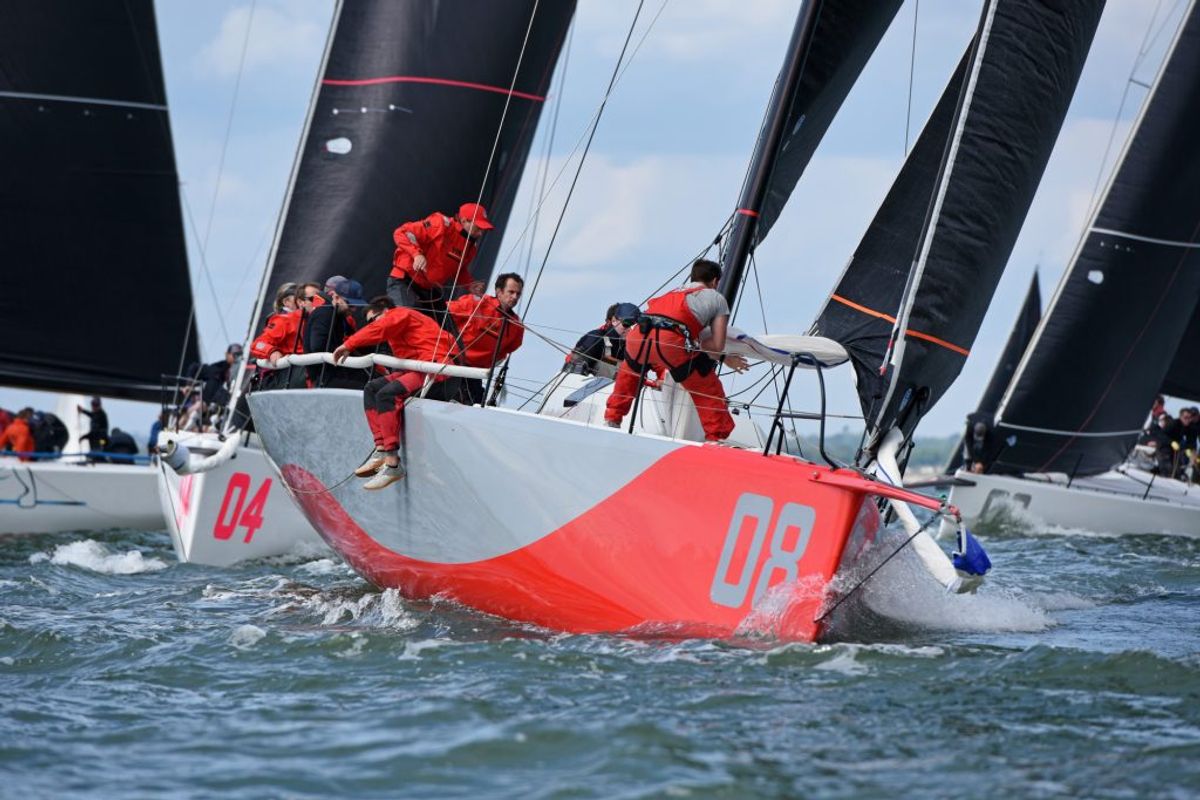 The Royal Ocean Racing Club's Summer Series came to a conclusion with the fourth and final race of the RORC Summer Series.

Redshift’s Nick Cherry, a six-time figarist commented: “We really enjoyed this race and the series. Racing with six people, instead of ten, you really have to focus all the time and whilst we adapted our manoeuvres, we made no changes to the systems on board. When we get back to fully crewed offshore racing, this has served as great practice, as you are in a watch system, often without the full complement of crew on deck.”

After the second race, double Olympic Gold Medallist, Shirley Robertson commented: “Henry is an amazing young talent who has cut his teeth in the Figaro. Henry is a good teammate and a great teacher. It’s been good to hang out with Henry for the summer.”

Richard Palmer’s Jangada, skippered by Jeremy Waitt, was the clear winner of IRC Four and the winner of IRC two-handed. Chris Frost’s Swan 36 Finola was second in class in the last race to finish runner-up for the series. Tony White’s Sun Fast 3300 Mzungu was third.

Nine multihulls raced during the series and the smallest of the fleet came out on top for the series. Ross Hobson’s Seacart 30 Buzz was the victor. MOD 70 Powerplay, skippered by Ned Collier Wakefield, with Peter Cunningham on the helm, was second. James Holder’s Dazcat 1295 Slinky Malinki was third.

Whilst the RORC Summer Series has come to an end, Friday 4th of September marked the start of the 2H Autumn Series. Race One was a race of approximately 100 miles, the first over-night race organised by the RORC since February. Jangada skippered by Jeremy Waitt, was the winner. Rob Craigie & Deb Fish racing Sun Fast 3600 Bellino were second. Sun Fast 3300 Wild Pilgrim, skippered by Daniel Jones, was third. The 2H Autumn Series, consisting of three races, continues on Saturday 26th September with another overnight race for two-handed teams.