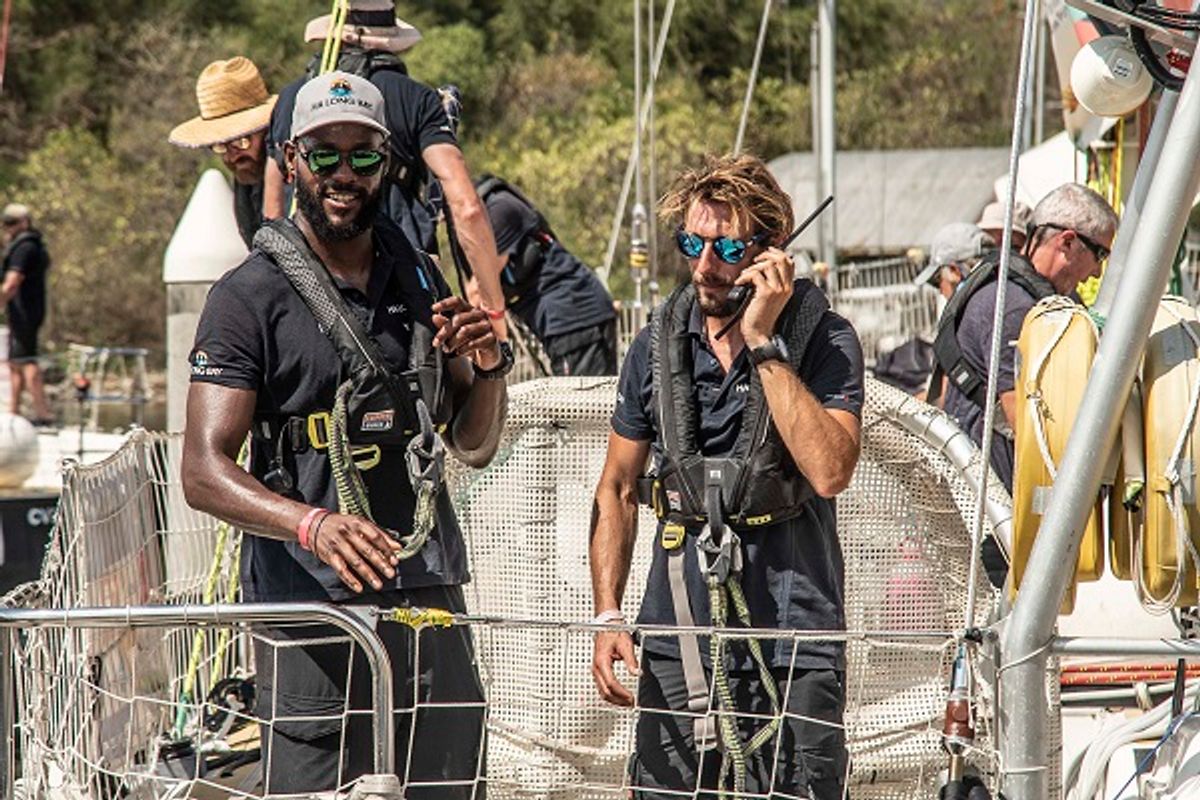 Race 9: The WTC Logistics Tri-Race commenced yesterday following the first Clipper Race Le Mans start to be initiated in the dark at 1900 LT. The teams embarked on the triangular 750nm course which consists of three Dell Latitude Rugged Ocean Sprints, of which the teams can elect to compete in two.

Seven teams declared their intent to compete in the first Dell Latitude Rugged Ocean Sprint, declarations came from Qingdao, Ha Long Bay, Viet Nam, Zhuhai, Unicef, Seattle, Visit Sanya, China and Punta del Este. The wind has been favourable, producing fast sailing conditions and the teams competing against each other are capitalising on this early advantage.

There is much excitement amongst the teams for this short offshore race as Zhuhai Skipper Wendy Tuck explains: “We are now off sailing a triangular course. I'm loving it! It's going to have a bit of everything, it’s quite short, hopefully as it is currently, it will be close racing. We are under Spinnaker right now and it is glorious sailing.”

The team currently leading the charge is Punta del Este and is being pursued very closely by two fiercely competitive teams Qingdao and Visit Sanya, China. With very little to separate the three front runners the teams must maintain concentration as one slip could result in not only the lead being lost but also the loss of Ocean Sprint points.

Skipper Jeronimo Gonzalez of Punta del Este explains: “We have 44 nautical miles to finish the first Dell Latitude Rugged Ocean Sprint of Race 9. We are experiencing great constant 20 knots of northeasterly winds. Full sails and Spinnakers up, the whole fleet is charging fast to the end of the ocean sprint. In this short race there is no time to be complacent or to make mistakes, the Clipper Race fleet sails really close to each other and we can be overtaken in a matter of minutes.”

Opting against taking part in the first sprint seems to have been a decision based upon new crew joining for Leg 6. The teams with larger numbers of new joiners have decided to hold off, prioritising training in the hope that their team will be better prepared for the later Dell Latitude Rugged Ocean Sprints.

Imagine your Korea Skipper, Rob Graham said: “Imagine your Korea has chosen not to compete in this first (Westward) Ocean Sprint. Instead we are concentrating on integrating and developing the six new crew joining us for Leg 6. So far that is going very well - they were all keen enough to come down to the boat and help with cleaning and maintenance before the official crew changeover date, and are settling quickly into the routine of life on board. They are being helped in this by the experienced crew and by the weather which so far has given us gently challenging conditions - ideal for training.”

Race 9 is set to be a highly tactical competition and all teams are hoping to gain as many of the points available to them. The next few days look set to be exciting and exhilarating.

See below, the team declarations for the Dell Latitude Rugged Ocean Sprint are as follows: