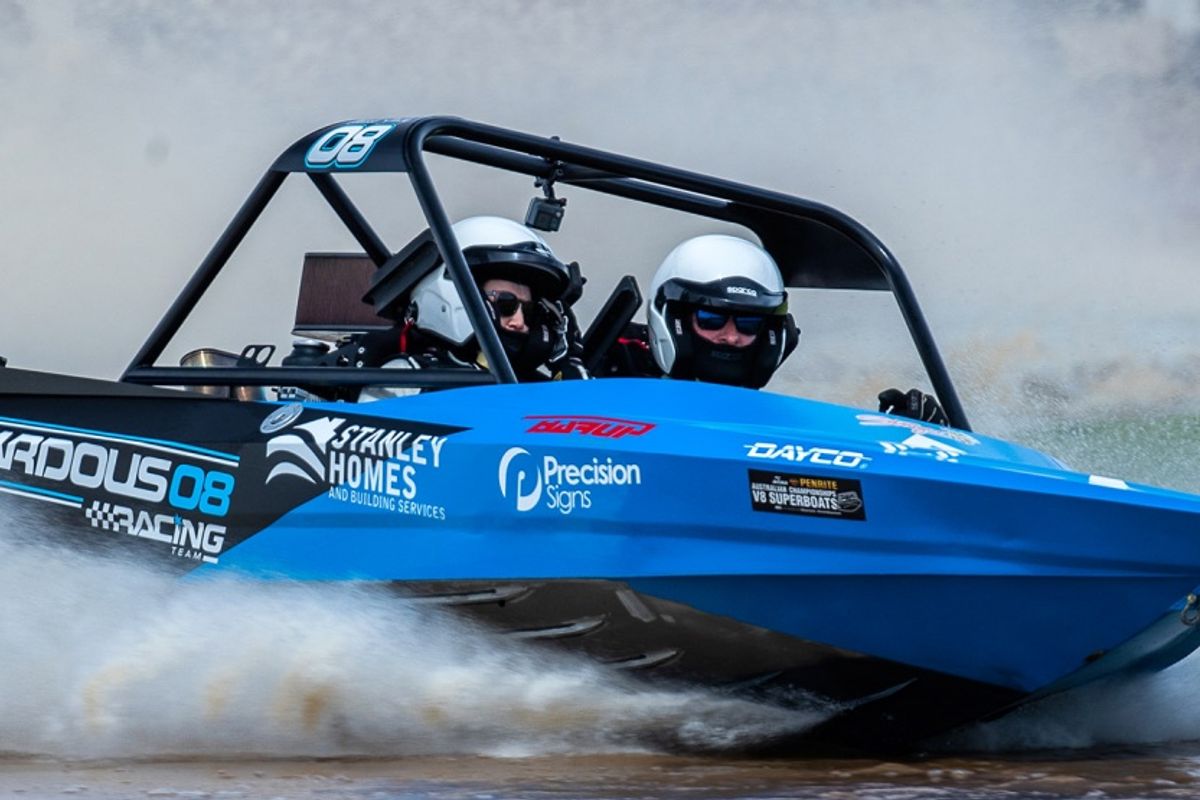 The opening round of the 2020 Penrite Australian V8 Superboats season in front of a big, passionate, Temora crowd saw fantastic racing across all three classes with some standout rookie performances, but under lights no-one could stop local star Slade Stanley from amassing his seventh consecutive Unlimited finals victory, whilst in 400-Class, Justin Roylance weathered an all-out assault from current NZ#2 Sean Rice to claim his second ever outright victory.

The stars of the show though were the LS-Class entries, with 12 boats doing battle across the day, the victory in the end going to ‘super-sub’ Ben Hathaway, the 2017 400-Class champion actually out-pacing his 400-Class rivals in all but one round to claim the top step of the podium with a time 18 one hundredths faster than Justin Roylance’s top three benchmark, to take his first outright win in two years..

There were a number of impressive performances across the weekend, the return of local hero Scott Krause, the co-2018 Unlimited champion claiming second behind Stanley, whilst second-generation V8 Superboats driver Bastian Mullan debuted in LS-Class, setting a time that was good enough to elevate him to the final before a setback on his debut night run in the closing stages dropped him down the order – he’d done enough though to put his rivals on notice!