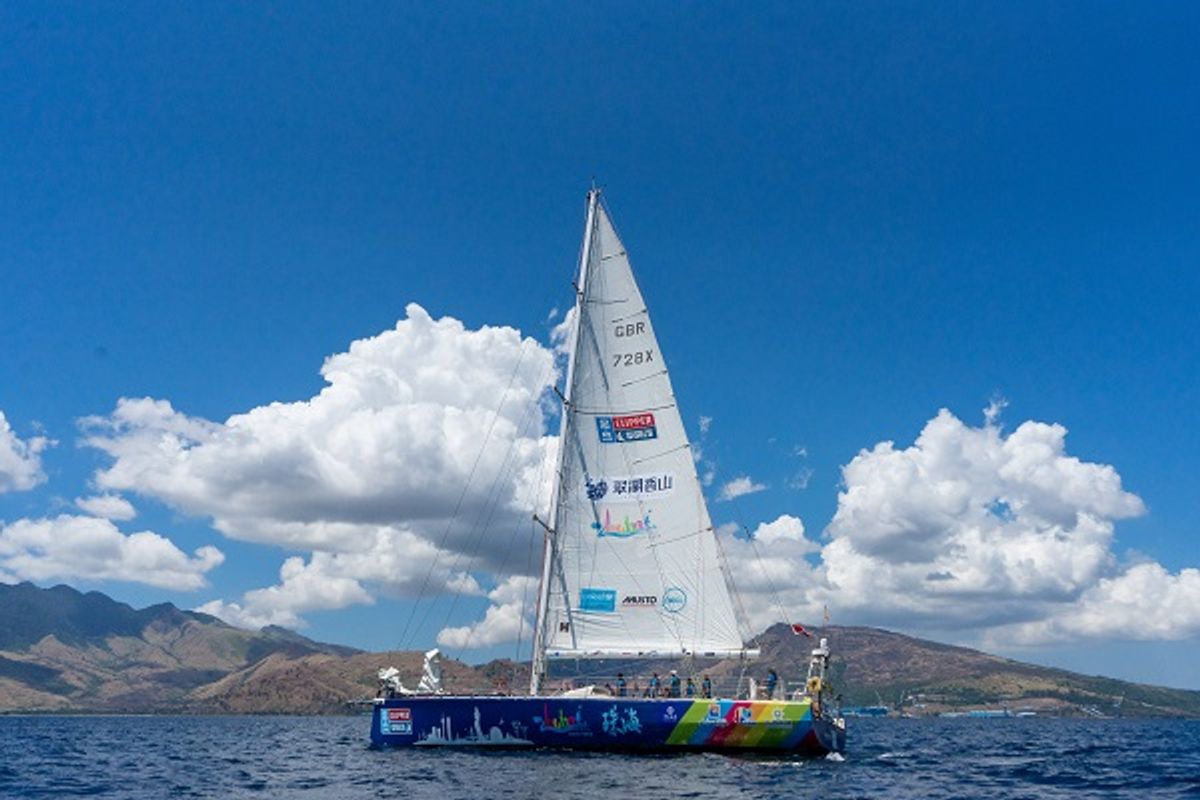 The fleet departed for the Leg 6 of the Clipper 2019-20 Round the World Yacht Race today from Subic Bay, Philippines. Race 9, the first of two races to make up the sixth stage, will see the fleet of eleven stripped out 70-foot yachts race offshore in the South China Sea. The second race will be the ‘big one’, the North Pacific Ocean crossing to Seattle.

Race 9, named the WTC Logistics Tri-Race is short by Clipper Race standards, but still longer than most renowned offshore races. The hot tropical race, will take the Clipper Race fleet on a fast, triangular sprint of approximately 750nm in total. The race is made up of three individual Dell Latitude Rugged Ocean Sprint sections between virtual gates.

Race Director, Mark Light said: “It's going to be a short snappy race. Traditionally you’d get the northeast monsoon wind conditions but these can be interspersed with very light patches and sometimes very little wind. This means the race is going to be really tactical; when there is breeze, it is going to be fast and energetic, and a lot of high intensity racing.”

Many new faces have joined the teams in Subic Bay and Race 9 is the perfect opportunity to integrate the crew ahead of what is dubbed ‘the big one’. Before the start later today, all teams will be completing the mandatory refresher training required at the start of each new leg.

Ahead of Race Start Seattle skipper David Hartshorn said: “We’ve had a quite a big changeover of crew this time, some crew who are rejoining, having been on board for earlier legs, and a few new joiners. There is a little apprehension but there is a good team feeling on board and everyone has settled in nicely.

“There is a lot of energy bouncing around, which is good, we’re going to really focus on getting the watches working smoothly because the next big challenge will be the North Pacific Ocean to our home port of Seattle.

“We’re looking at this upcoming race as a really positive, live training session, with the opportunity to get more points!”

Race 9 is expected to take between four and five days to complete with the fleet anticipated to return back into Subic Bay Yacht Club between 14-15 March.

So far, the Clipper Race fleet has raced over 22,000nm since the 2019-20 edition started from London in September 2019 with stopovers in Portimao, Portugal; Punta del Este Uruguay; Cape Town, South Africa; Fremantla and the Whitsundays, Australia; to the Philippines. The route for Legs 5 and 6 of the 2019-20 edition has been amended due to the outbreak of COVID-19, resulting in the planned stopovers in Sanya, Zhuhai and Qingdao, China being cancelled.

Following the fleet’s return to Subic Bay at the end of Race 9 Seattle is the next destination on the global route.