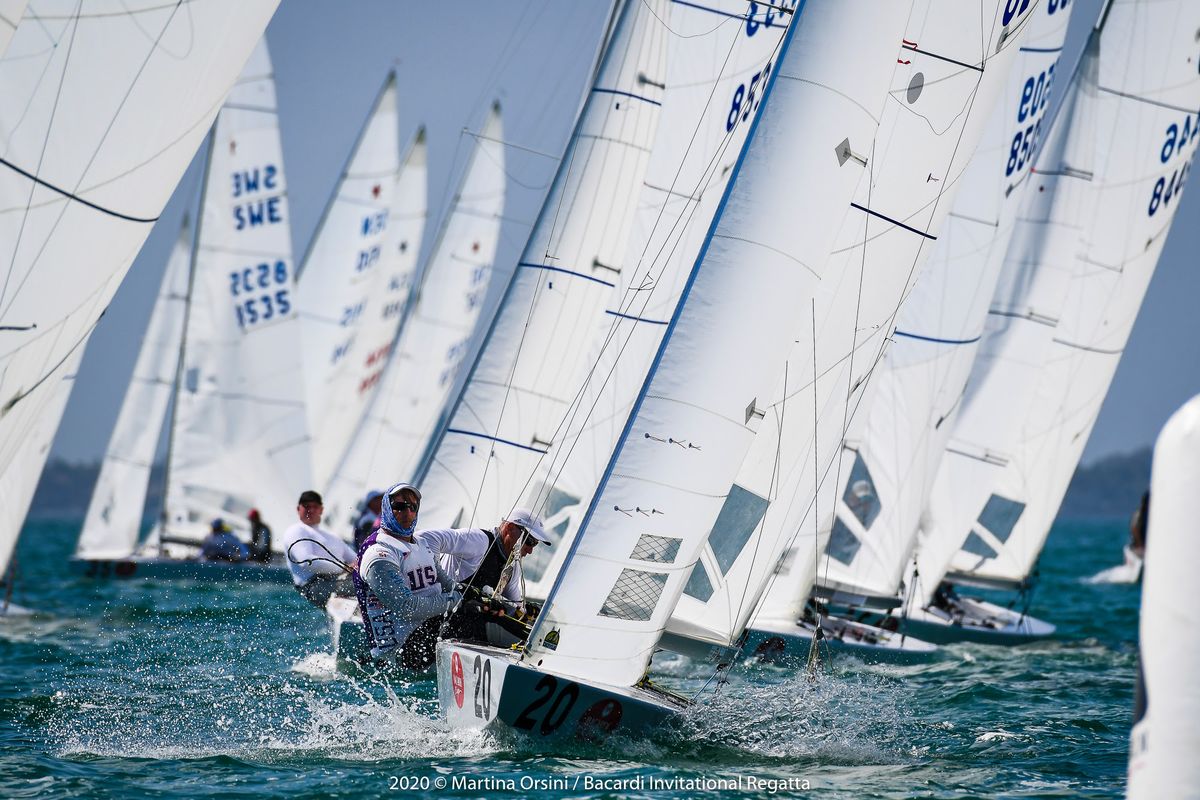 to lead series at halfway stage

The change in wind pressure gave no change in performance from the series leaders Mateusz Kusznierewicz (POL) and Bruno Prada (BRA) who racked up another win today to lead the sixty-five boat Star Class fleet at the halfway stage of the 93rd Bacardi Cup in Miami, USA.

The weather conditions served up an altogether different race track on day 3, with the light and unsettled breeze postponing the start until 1330 hours. An initial wait ashore in the environs of the beautiful Coral Reef Yacht Club was followed by an on-water postponement, before the light and very warm southerly breeze filled in.

The reigning Star Class World Champions, Mateusz Kusznierewicz (POL) and Bruno Prada (BRA), repeated and improved on yesterday’s race track domination, this time breaking away to lead the fleet from the first mark to the finish by a solid margin. The partnership dismissed the assault put up by Americans George Szabo and Guy Avellon, who delivered their best race of the series so far but had to be satisfied with a 2nd place finish and a leader board climb of five places to fifth overall.

Steadily chipping away through the fleet were Eivind Melleby (NOR) and Josh Revkin (USA), who excel in breezier racecourses but today found their mojo in the tricky breeze and improved their game from 8th at the first mark to 3rd by the finish to hold steady in second overall.

“It’s going alright but we still have a little catch up to do if we want to lead this,” reflected Eivind Melleby after racing. “When the wind comes from the south in Miami it’s quite steady and it’s hard to get it wrong, we are doing our best and are happy to be up there.”

“We are half way through the regatta,” added Josh Revkin, “and we still have three more races to move on up, which we are planning to do by winning as many of these as possible.”

Whilst the pair has the series leaders well in sight, with the series discard kicking in after Thursday’s race 4, there will be numerous other teams who will work their way up the leader board and edge closer to the podium slots.

Claiming a 3rd place finish and moving up one place to third in the overall standings were the 2019 Star World silver medallists Augie Diaz (USA) and Henry Boening (BRA). The partnership executed yet another immaculate race, always holding their position in the leading pack to be one of only three teams carrying a scorecard of top 10 finishes. Diaz knows Biscayne Bay and its winds and currents better than anyone else in the fleet, and is mission focused to lift not only the Grand Master title but the iconic Bacardi Cup Trophy come Saturday 7 March.

From Thursday 5 March to Saturday 7 March the Star Class will be joined by the full line-up of classes at the Bacardi Invitational Regatta with the J70, Melges 24, Viper 640, VXOne sports boat and the foiling AV8 and Windfoil sailors joining the event.