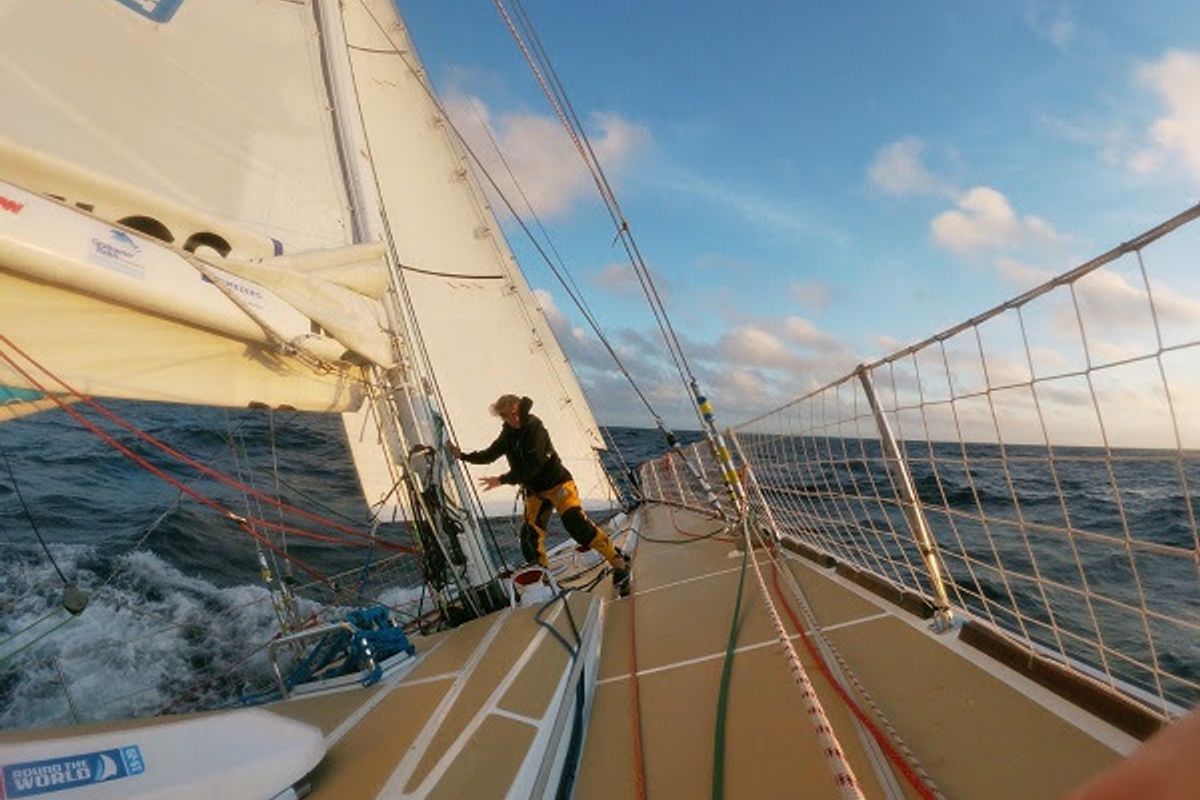 The teams are hard at work striving to attain those all important points as they enter the fifth day of Race 7: The Lakewood Hills, Zhuhai Race. Qingdao is currently in first place closely followed by Unicef, less than 15nm behind, and Ha Long Bay, Viet Nam in third as the fleet approaches the Japanese island of Maiyakojima.

The Dell Latitude Rugged Ocean Sprint is high on the agenda for the nine teams competing in the North challenge. Punta del Este changed tack and appears to have committed to achieving optimum points from the sprint. The team is being pursued closely by Visit Sanya, China and Zhuhai, as the three teams fought against each other in the closing stages of the contest.

Seumas Kellock, Skipper of Visit Sanya, China spoke of its close rivals and the tactics taken by each team, saying: “We’re almost finished sprinting as I write with only 20 miles to go, Punta del Este has appeared over the horizon ahead of us and Zhuhai are slowly gaining behind us. This is going to be a very close sprint indeed! We opted for the northern sprint but in hindsight we should have gone for the southern sprint since Qingdao and WTC Logistics will pick up 2 or 3 points just for turning up, which is lucky I think because the southern sprint looks like a real mixed bag of wind.”

All teams remain focused on the competition and are still comparatively close to one another with just over 100 nautical miles separating first place from eleventh and a shift in weather expected over the weekend, the closing stages of Race 7 could well be another exciting and gripping finale.

Skipper of race leader Qingdao, Chris Brooks spoke about the fickle conditions, it’s tussle against Unicef and the closing stage of the race saying: “Unicef has tracked with us and have always been a fast boat. They will be hard to beat in this race,Onboard at this stage it's too early to even predict a front half position. We will have lots of light airs before the end and just like the last race these might harm the leaders and allow boats to overtake from the back.”

The upcoming race days look set to be intriguing and the decisions taken by the teams as they approach the midway race point could well affect the podium positions.