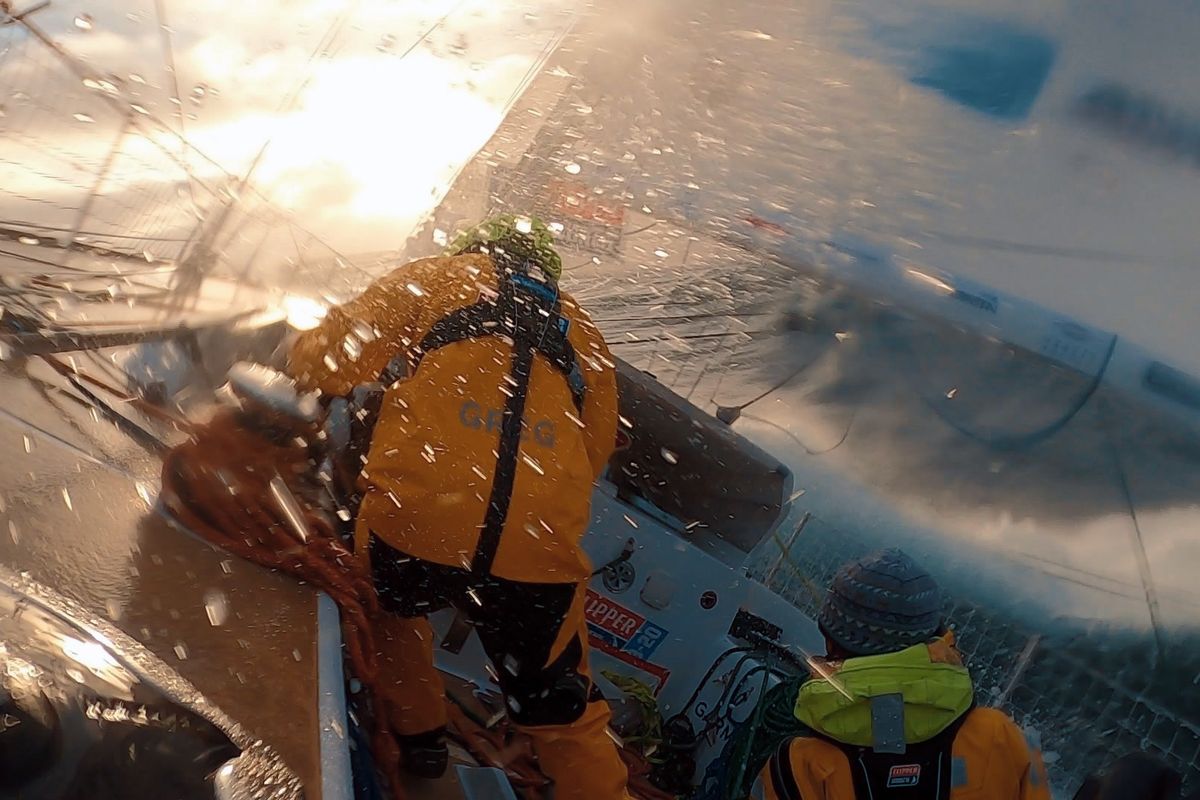 With just over three days to go until the first boats are expected to cross the finish line of Race 5: The Heart of the Whitsundays, it’s currently anyone’s guess which team tactics will pay off.

Just days ago, it seemed like the yachts heading inland, would be fastest to zoom up the coast, but overnight, the teams furthest offshore seem to be picking up better wind conditions.

Each team is keeping a close eye on each other’s game play, wondering whether they should stick up twist in this race up the east coast of Australia.

Says David Immelman, Skipper of GoToBermuda, who is currently second place in the standings: “So, we have started our sail north, behind Ha Long Bay,Viet Nam, keeping a sharp eye on what the guys inshore are up to as well as the guys shooting up from behind, so an interesting last few hundred miles to the race.”

Qingdao has had a tough 24 hours, seeing the gains they’d made slip away. Says its Skipper, Chris Brooks: “Since I woke, it's not been good news. Our eastward path was blocked by a windhole. The boat 30 miles south, GoToBermuda, managed to head east with no detrimental effect. It’s not cricket but it’s the way it goes sometimes.”