Ha Long Bay, Viet Nam has retaken the lead of The Clipper Race 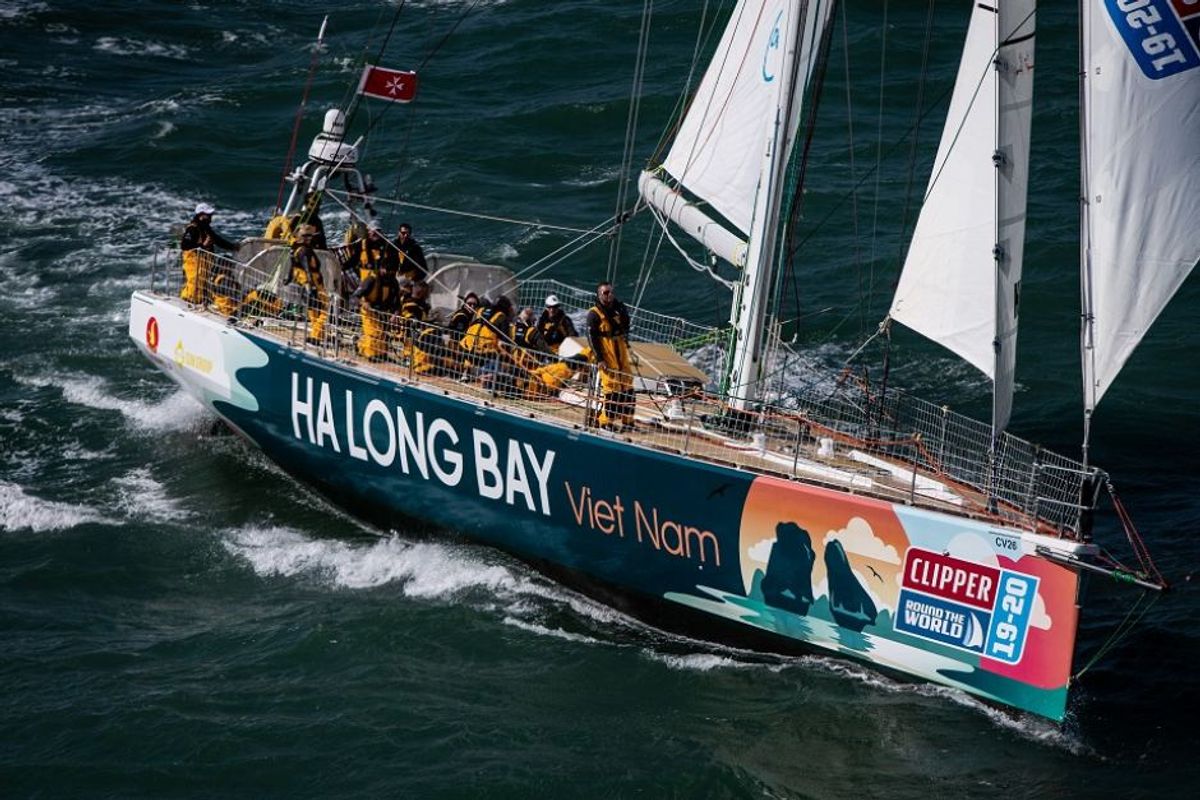 18 nautical mile separates the two leaders who are currently also competing for the bonus points on offer in the Dell Rugged Ocean Sprint. Rhiannon Massey, AQP on board Qingdao said: “We are pushing hard to go as fast as possible, but the wind isn’t really in the best direction. It’s a bit too far forward to make it a particularly fast run across, but we are still trucking along pretty well and making good progress towards Fremantle, nevertheless.”

As the fleet faces changeable conditions between low pressure systems in the race towards Fremantle, Australia, check out this video for insight into the early stages of the race, and life on board - all filmed by the crew on board Ha Long Bay, Viet Nam:

Looking ahead to the next 24 hours Simon Rowell, Clipper Race Meteorologist and weather guru reported: “The westerly squadron should have a reasonably benign day, possibly a bit too benign for Unicef as the high starts to catch up – the light patch shouldn’t last long though. Out east it’s more low pressure driven.”

Adding that: “The westerly boats are in a gap between systems at the moment, which should fill in as the next low catches up, and the easterly ones are ahead of a rather big secondary low. Definite head out of the boat conditions as this circulates through - the front looks quite strong.”