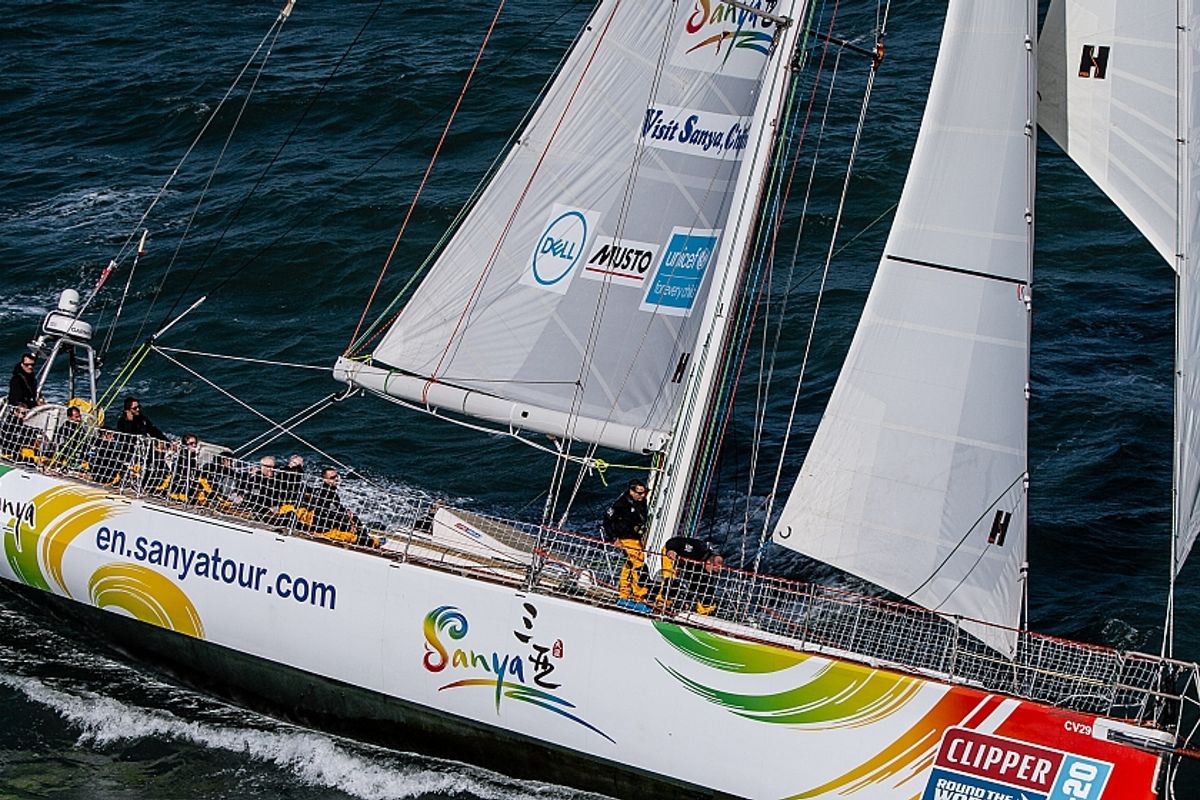 All repairs have now been completed on Punta del Este and Visit Sanya, China and both yachts will be departing from Cape Town today. Visit Sanya, China slipped lines at 13:15 Local Time (11:15 UTC) from the V&A Waterfront and will be followed by Punta del Este which is slipping at 17:00 LT (15:00 UTC) from the Royal Cape Yacht Club. There is a clear sense of excitement among the crew ahead of their departure, with both teams eager to get back to racing.Whilst in Cape Town, all repairs were carried out to the highest standards and, as per normal protocols, the repairs have been inspected and signed off by an independent surveyor.

In preparation for departure, both teams have had time for additional sailing in the beautiful Table Bay, honing their skills and completing essential MOB training drills. A Le Mans practice start was also on the agenda in advance of the offshore start between the two teams.

In order to maximise time, the teams, skippered by Jeronimo Santos-Gonzalez and Seumas Kellock, may motor-sail through the first night and conduct a Le Mans start between themselves as soon as possible at first light on 29 November.

Both teams will be match racing against each other for the Roaring Forties Match Race trophy.

Punta del Este are still eligible to go for the Ocean Sprint in Race 4 and so all results will be held pending its efforts. With a decent crossing there could be the possibility of both teams making it into Fremantle before the rest of the Clipper Race fleet depart. Looking ahead at the weather systems for the 4,700nm passage, the best estimate for their arrival into Fremantle is 20th – 22nd December.

The Clipper Race Office wishes both teams fair winds, giving a fast and safe crossing. Logistics for all teams in Fremantle are currently being considered and more details will be available in due course.