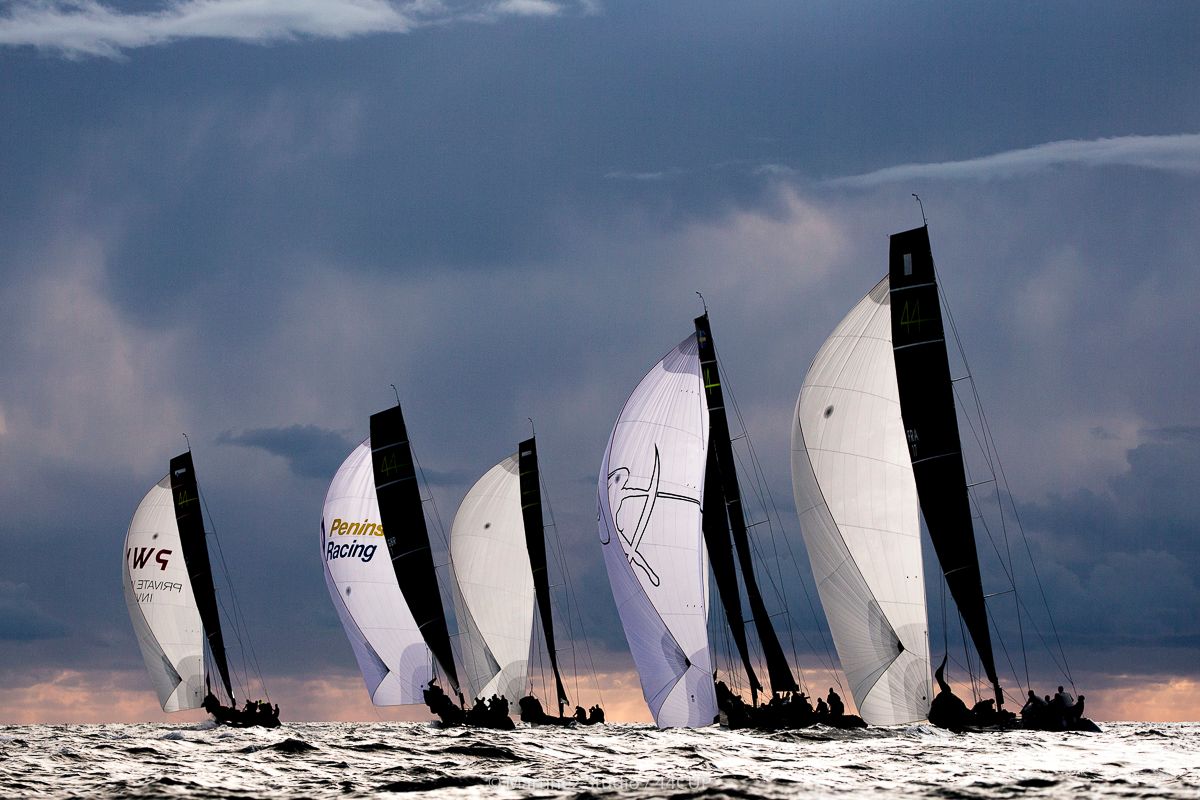 It was supposed to be a heavyweight bout between Chris Bake’s Team Aqua and Vladimir Prosikhin’s Team Nika. These two, among the oldest, most successful teams in the high performance one design monohull class, started the 44Cup Palma, the final event of the season, separated by just one point at the top of the 2019 44Cup leaderboard.

Behind them Igor Lah’s Team CEEREF went into the 44Cup Palma five points off the lead with Aleph Racing of Hugues Lepic a further point behind. However this non-discardable final event of the season was to prove surprisingly dire for both the leaders who, against all expectation, began the final day of racing holding the bottom two spots.

With the opening day of racing cancelled, Charisma scored two bullets on Friday while Team CEEREF had managed the same on Saturday. In today’s first two races, Charisma won the first, Team CEEREF the second, but significantly in the latter the Monaco-based Dutchman’s team had come last, reducing their nine point lead to just one point over Team CEEREF. Going into today’s third and final race, not only was it all on for the event victory, but, delving deeper into the maths, the top three RC44 teams were effectively tied on points for the lead in the 2019 44Cup season’s points.

Fittingly after three difficult days for the race committee, for the last day of battle, the Bay of Palma delivered, with the on-shore wind generally in the high teens but building well into the 20s for the final race, with a increasingly short, violent sea state to match.

Once again Team CEEREF won the pin end and did well out to the left, but it was Kirill Frolov’s Bronenosec Sailing Team that was first to the top mark ahead of Charisma and Team CEEREF. Significantly at the leeward gate Team CEEREF split right from the two leaders and enjoyed a nice lift as she came back on starboard to lead into the top mark. This position she held to the finish with Charisma coming home second but winning on countback from Nico Poons’ team.

Behind sixth and seventh place finishes for Team Nika and Team Aqua left them tied, but significantly with Vladimir Prosikhin’s team finishing seventh to Team Aqua’s eighth for the 44Cup Palma on countback. These results allowed Team CEEREF to claim victory not only in the 44Cup Palma but to defy the odds in winning the 2019 44Cup season too by two points.

The 44Cup resumes in 2020 in Portorož, Slovenia at the end of April.