Clipper Round the World Race embarks on Southern Ocean leg 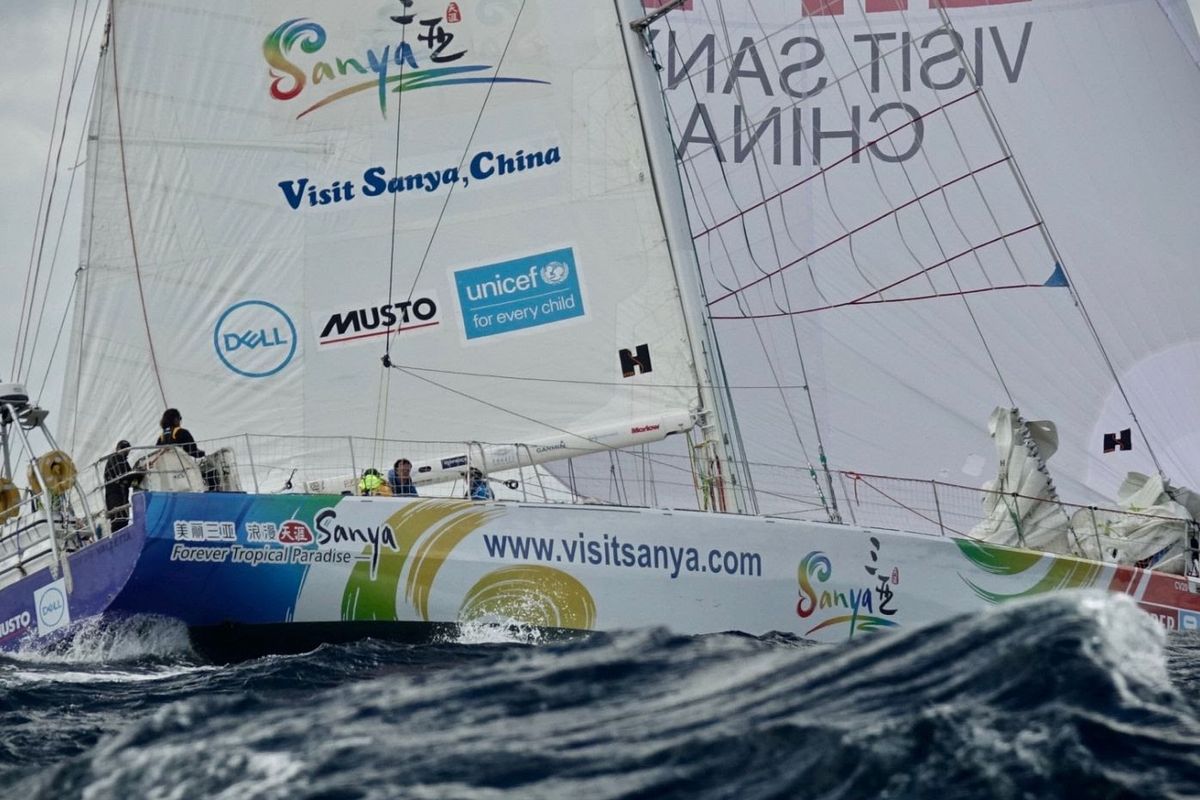 Race 4: The Marlow Southern Ocean Sleigh Ride got underway on Sunday 17 November from the V&A Waterfront, Cape Town, bound for Fremantle Sailing Club, Western Australia. The eleven strong fleet of identical 70-ft racing yachts lined up for a 1300UTC kick-off and battled for prime position in the unpredictable winds of Table Bay.

Amongst the Clipper 2019-20 Race Skippers are Capetonian Skippers Nick Leggatt, who is leading the Zhuhai team and David Immelman, leading the GoToBermuda team. Ahead of departure Nick said: “The crew is going to find it tough but I’m very confident that I’ve got a tough bunch. We are going to see a lot of high-speed downwind sailing - it is going to be cold and wet but it should be quite exhilarating!”

Some 218 everyday people, representing 25 nations including a safari leader, student, teacher and roofer, are taking on one of the toughest ocean crossings on the planet. Watching the send-off was Clipper Race Co-Founder and Chairman Sir Robin Knox-Johnston, who said: “I’m sure there is a mix of healthy respect, apprehension and excitement as the Southern Ocean is a very special place. Where else do you get waves of that size and where else can you surf these boats other than there? My main piece of advice to Race Crew is to stay safe and enjoy it.”

As the fleet jostled for favourable positions on the start line, it was Unicef that came out on top first pipping both WTC Logistics and Zhuhai to the post. It was then a tactical race down towards fixed racing mark Manex RCYC with Qingdao first round the mark. The fleet then streamed along the coast to mark Milnerton RCYC, making a final turn, keeping the starting buoy to port. As the fleet headed out into open water, Qingdao, led by Chris Brooks was leading the pack with Ha Long Bay, Viet Nam and Imagine your Korea chasing.

Visit Sanya, China and Punta del Este were involved in a collision as they headed towards the first mark.

All crew are safe and well and both yachts have returned to the V&A Waterfront in Cape Town. Vessel damage will be assessed and current estimates for the repair plan are ten to fourteen days.

As the Cape of Good Hope falls astern, the teams still racing will head towards the 40th parallel. This is where the Roaring Forties start, and the Southern Ocean provides some of the most extreme and exhilarating sailing in the world. Infamous for its grueling conditions, the 4,650 nautical mile race is expected to take around 25 days to complete and will see the crew take on all that Mother Nature can throw at them.
This race is not to be underestimated. Race Director Mark Light said: “You will expect to see big, big conditions, lots of downwind sailing and spinnaker work and perfect surfing conditions. Initially it is looking like the fleet will get a couple of days of upwind as they leave Cape Town and bypass the Agulhas bank.

“This is heavy weather sailing for sure but the boats, equipment and crew are all prepared for it and up to the challenge.”

It’s going to be an upwind beat for the first few days before south westerlies kick in, spinnakers can be hoisted and for the sleigh ride to begin. Tactically, two depressions are developing which the fleet will have to negotiate. In this race, successful teams will stay on the right side of the depressions, staying in the downwind, in the westerly belts. If the teams try to go too far north they may run out of wind, but then there is also a danger of going too far south where a 45° ice limit, set by the Race Office, is in place.