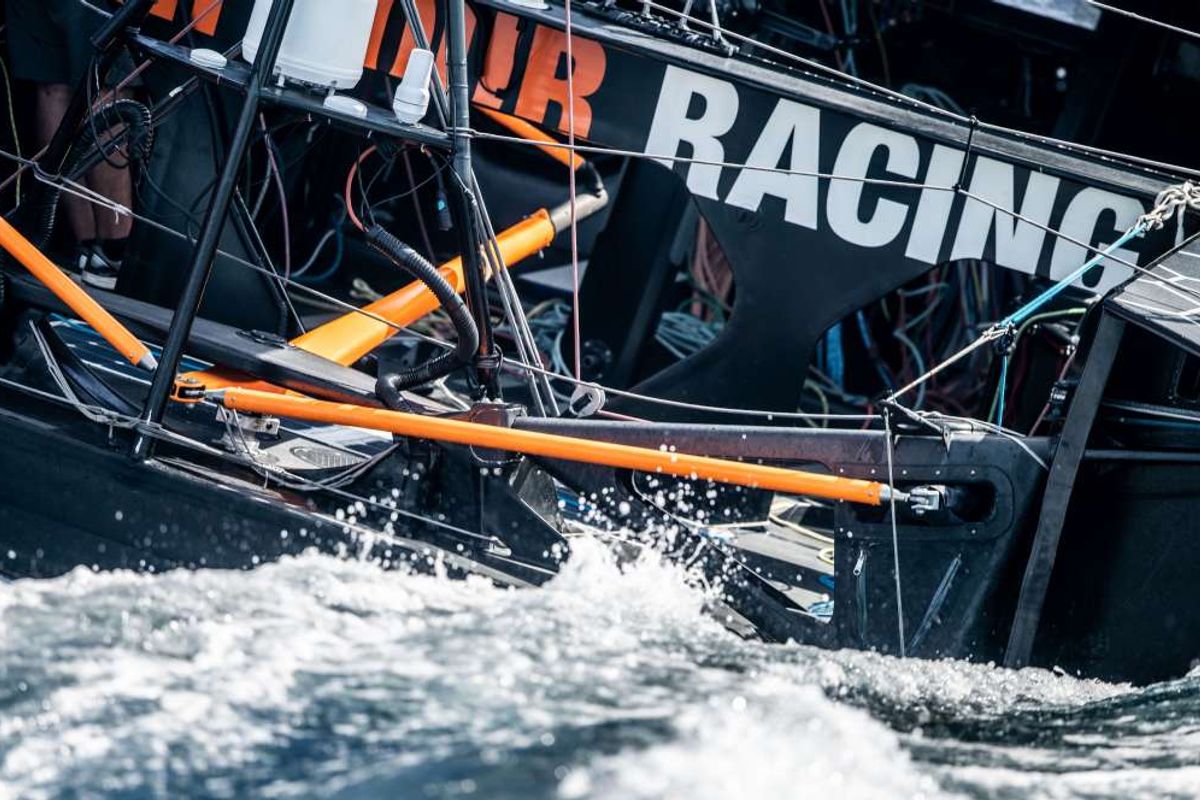 Apart from the three Multi50s, who are diving to Salvadar de Bahia on the south-easterly trade wind, only four IMOCA seem to be out of the Inter Tropical Convergence Zone, aka The Doldrums. Although their speeds are not yet consistently up. Six of their pursuers were beginning to glimpse light (and wind) at the end of the tunnel on Thursday morning UTC. It gives us the first opportunity for a real assessment.

The Doldrums can often look worse on paper at the start, but the reality is often that it is not like throwing all the cards in the air but closer to watching a spring contract and then extend – although tell that to to Jérémie Beyou and Christopher Pratt on CharalThe dispersal of the skippers’ tracks and the terrible trap that closed on Charal,could lead you to believe that the caprice of the Doldrums, would mean that the first would be the last and the last would be first. But is that born out through the rest of the lead group.

Apivia, of course, has been the big winner, but behind them the reality is we find that the order has hardly changed from when they were in the north trade wind before they entered. Only Advens for Cybersecurity, who positioned themselves on the eastern track that favourted Apivia, have really shuffled the deck. Thomas Ruyant and Antoine Koch have jumped three places, but more importantly gained 90 miles. After being a late addition to the group of six how chose the western route following their pit-stop in Cherbourg, they are now back in contention for a podium place.

Those on the west of the Doldrums (further west than where Charalpassed), such as Corum l'Epargneand Groupe Apicilare still suffering in the squalls and their angle towards Salavador de Bahia at the exit will be less favourable. The option is expensive at the beginning of the pot but the exit seems easier on that side.

More than an change of positions, it will be important to note how the gaps have changed – that will become clearer tomorrow. We can expect those gaps rise again in the next few hours because the wind is building and the leaders into the southern hemisphere will catch it first.

Order of entry into the Doldrums: (ranking on November 5 at 07:00 UTC – Charal entered at approximately 07:30 UTC)

Order at exit of the Doldrums: (ranking on November 7 at 11:00 UTC – Apivia definitively out)

The well-established southeast trade wind should be a raw test of speed to the finish in Salvador de Bahia, but behind Apivia they had not clearly emerged into it by the 15:00 UTC ranking, with all the boats behind Apivia in single digits.

The race to the finish from here normally has two parts and the forecast suggests nothing different. The first is more of an upwind reach towards the Fernando de Noronha archipelago and the second, parallel with the coast of North East Brazil is more broad reaching. These are angles that we have not seen much of since the start and this last stretch of 1000 miles could be spectacular.

How far east they are at the exit of the Doldrums is of course important, but so will be their ability to exploit a fairly unstable trade wind. The weather files suggest 15 to 20 knots around ​​Recife, but they will face many scales and shifts along the route to the finish, due to the cold front from the depression located at 33 degrees south and 25 west.

For the top Class40, the Doldrums is already a subject of heated discussion. By 8° 38 North, Crédit Mutuel has already slowed down considerably. The first squalls and thunderstorms herald a compression of the third fleet of this Transat Jacques Vabre Normandy Le Havre. Lightning can strike twice and a Charal-like scenario is certainly not impossible.

As Zhuhai is currently in a band of lighter winds, the decision has been taken for the team to stop racing and motor-sail towards Cape Town.

The team has officially accepted 11th place and one point for Race 3 and is expected into port late evening on Sunday 10 November.

After consultation with South African Telemed Services and Cape Town Maritime Rescue Coordination Centre (MRCC) it has been agreed that the fastest and most efficient method for Zhuhai crew member, Duncan Paul, to get ashore and receive the appropriate medical attention, is for the yacht to continue at best speed into Cape Town, the nearest port.