Transat Jacques Vabre slamming on the brakes in the Doldrums 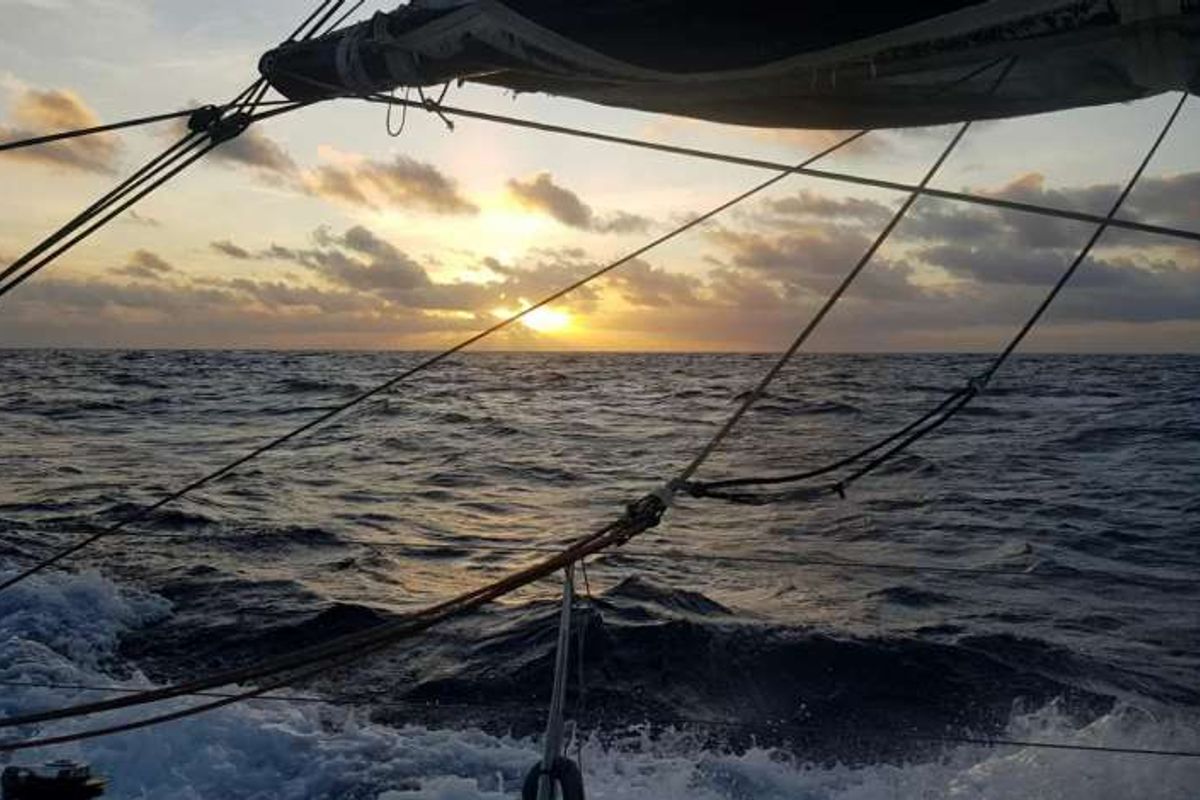 From 22 knots on entry, Gilles Lamiré and Antoine Carpentier can only see 9 now, but they can congratulate themselves for continuing to advance. Naturally, a compression of the fleet is expected in the coming hours, and already Solidaire En Peloton - ARSEPhas caught up 50 miles since yesterday afternoon. Behind them, the IMOCA fleet is regrouping even before the Doldrums with the return of the high rollers from the west.

One of the six, the latest generation foiler, Advens for Cybersecurity,is now only 30 miles away from Arkea-Paprec's transom, after some 500-mile+ 24-hour runs. There will undoubtedly be some surprises to come in the fleet of the 14th edition of the Transat Jacques Vabre Normande Le Havre before the finish in the Bay of All Saints.

600 miles now separate the leader of the fleet, Crédit Mutuel, and the backmarker Equipe Voile Parkinson, which is only just beginning to accelerate to 7 knots under the island of Madeira after a pitstop. In the western Canary Islands, there are duels and battles taking place. Chocolats Pariès – Coriolis Compositesand Prendre la mer Agir pour la forêtare just three miles apart. In ninth place, for Edenred,and Vogue avec un Crohn 8eit is just a mile and Crosscall Chamonix-Mont Blancmust not let Linkt past if they want to hold onto fifth position. At the front, the Lipinski / Hardy duo are holding their lead, but not extending the gap of a good thirty miles over Britain’s Sam Goodchild on Leytonand Aïna Enfance & Avenir. This long port tack south is not about great strategy but positioning and especially maximum speed!

After the pitstop in Cape Verde, Primonialhas lost a lot of ocean. Sébastien Rogues and Matthieu Souben are being surrounded by the leading IMOCA, and lie between Charaland Apivia. Groupe GCA – Mille et un sourireshas its nose in the Doldrums. Gilles Lamiré and Antoine Carpentier have seriously slowed down. 7 knots, then 10 knots, a sudden adavance, a sudden break. The duo are beginning to wriggle in the embrace of this capricious mud. Solidaires En Peloton  - ARSEPis hammering in at 20 knots but knows perfectly well that in a handful of hours it will be its turn.

Still 70 miles ahead this morning, Jérémie Beyou and Christophe Pratt on Charal have more margin for error than anyone behind them. The race for the podium is as open as a game of musical chairs.Apiviasees11th Hour Racinggetting dangerously close or even passing them to the west while PRB and Banque Populaireare scrapping like crazy with only a two mile gap. The incredible resurrection of Thomas Ruyant and Antoine Koch on Advens for Cybersecurityhas brought them back into a group of five IMOCA positioned to the west of the southern islands of the Cape Verde archipelago. We should also note the beautiful trajectory of Newrest - Arts & Fenêtres,gained miles after its passage inside the islands. More than 1,000 miles behind Charal, Ariel 2skippered by the Norwegian/Irish crew of Huusela / Fergusson, is doing the best it can with a very damaged mainsail since the Bay of Biscay!